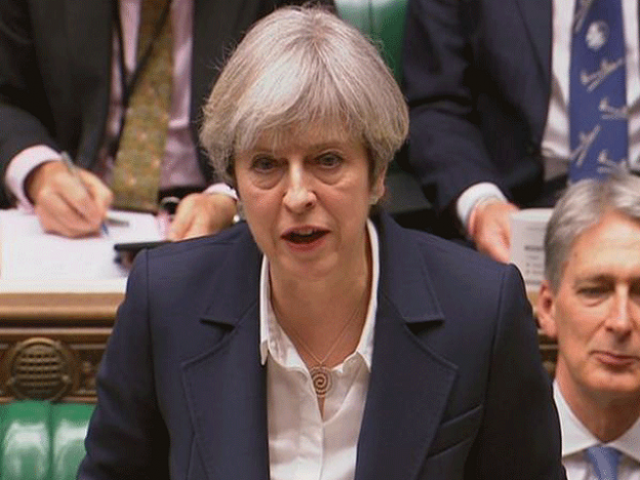 LONDON: British Prime Minister Theresa May on Wednesday survived a no-confidence vote sparked by the crushing defeat of her Brexit deal just weeks before the UK leaves the European Union.

A stunning 24-hour span saw May on Tuesday dealt the heaviest drubbing by parliament in modern British political history — 432 votes to 202 — over the divorce terms she reached with Brussels.

She emerged victorious in parliament’s first no-confidence vote in a British government in 26 years on Wednesday by a 325-306 margin, a majority of 19.

But it may have only been a pyrrhic victory for the hobbled but determined premier as she tries to steer the world’s fifth-biggest economy through its biggest crisis in a generation.

The opposition Labour Party could try to oust her government again in the hope of triggering snap elections before Britain’s scheduled March 29 Brexit date.

And May herself is working on the tightest-possible deadline as Britain prepares to leave the bloc that for half a century defined its economic and political relations with the rest of the world.

She has promised to return to parliament on Monday with an alternative Brexit strategy devised through cross-party talks with the opposition.

There is now an assumption among many European diplomats that Brexit will have to be delayed to avoid a potentially catastrophic “no-deal” breakup.