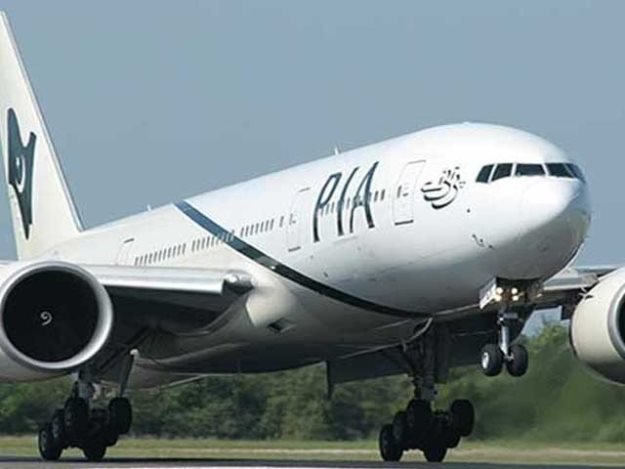 “The PIA is currently suffering an operational loss of Rs3 billion per month. The PIA is paying charges to the Civil Aviation Authority (CAA) in dollars and the outstanding dues against the PIA have swelled to Rs431 billion,” Malik said on Tuesday.

He was addressing a press conference along with Minister for Privatisation and Aviation Mian Muhammad Soomro and Prime Minister’s Special Assistant Iftikhar Durrani.

Malik said the airline had removed 200 ghost employees each drawing salary of up to Rs70,000 per month and also taken action in accordance with directives of the Supreme Court against those who held fake degrees.

“A strategic business plan for the revival of the PIA will be submitted to the prime minister in March. A short-term plan would ensure smooth functioning of the PIA, while in the long run the PIA would be revived on a sustainable basis in the next three to five years,” he added.

The PIA, he said, is utilising the Pakistan Air Force’s (PAF) support to turn around the fortunes of the national flag carrier. The PIA is a national asset but regrettably the organisation suffered losses due to flawed policies in the past, he added.

He said the PIA has started a plan to revive its guesthouses in Amsterdam, Tehran, Mumbai, Agra and New York and more would be revived with the assistance of the Foreign Office. Malik said in the first phase, the airline has closed down seven routes which were causing a monthly loss of Rs500 million.

He said the PIA had seven loss-making routes and his first priority is to get rid of such routes, while in the next phase, more remedial steps would be taken to revive the airline on a permanent basis.

The PIA chief said the management has decided to suspend its flights on loss making routes and use the aircraft on profitable routes. In this respect it has been decided to suspend the flight to Tokyo next month due to heavy losses of Rs300 million per month.

“We have introduced some profit-making routes and more will be introduced by the 15th of next month.”

He said the Hajj operations are expected to start in three to four months, which will be a difficult time for the PIA. “The management would induct six additional planes to meet the needs of the pilgrims. Under the short-term plan, it is the PIA’s effort to carry out the Hajj operation in the best possible manner.”

He said the management has asked for an international audit of the airline as no compromise would be made on safety measures. Corruption cases and other matters of mismanagement of the PIA are under investigation by the National Accountability Bureau (NAB), he added.

Headcount for differently-abled to be included in PSLM questionnaire