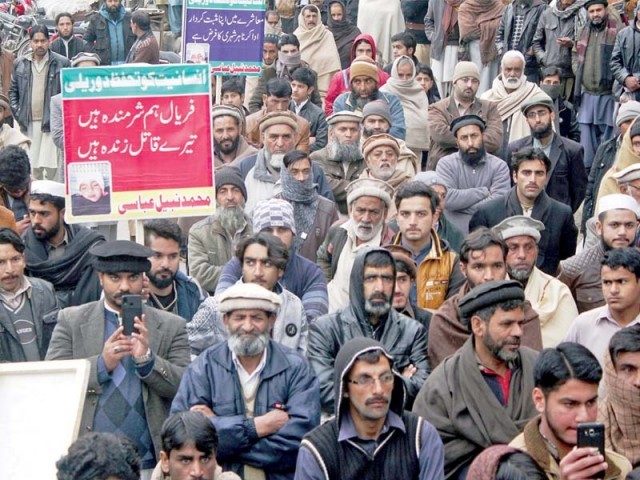 ABBOTTABAD / PESHAWAR / LANDI KOTAL: An All Parties Conference (APC) of Khyber tribal district has rejected the delimitation of their constituency and formed a 12-member committee of lawyers and political leaders of tribal districts to challenge the decision of the ECP at all forums.

The APC has demanded of the Election Commission of Pakistan (ECP) to reconsider the demarcation of Bara constituency which has become the longest provincial assembly constituency of the country stretching over a distance of 140 kilometres.

An APC meeting concluded on Tuesday at Bara Press Club in which political leaders from all the tribal districts were present.

In a joint communiqué, the APC said it rejects the ECP delimitation process in 21 constituencies of ex-Fata.

The joint declaration has also rejected the Census report of 2018 and the population which have been reported and demand recount of the tribal people by including the IDPs of the seven merged districts.

It also stated that planners unaware of tribal demography threw one tribe into other tribe’s area, which was injustice to the tribal politics.

The APC demanded reconstitution of the constituencies on the basis of tribal setup.

The journalists of the tribal districts have also supported the joint statement and tribal union of journalist have termed the decision of ECP a hasty one.