Police believ­e Dagorn may have met at least 20 men after arrivi­ng on French Rivier­a in 2011
By AFP
Published: January 15, 2019
Tweet Email 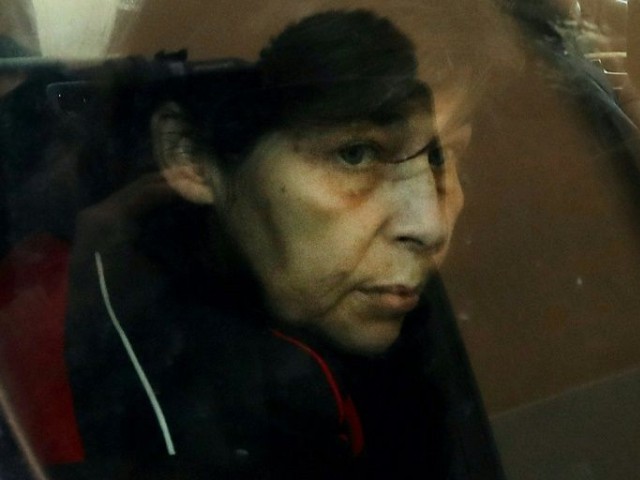 Patricia Dagorn in January 2018, when she was sentenced to 22 years in prison for allegedly seducing and poisoning wealthy elderly men. PHOTO: AFP

AIX-EN-PROVENCE, FRANCE: A French woman accused of seducing and then poisoning elderly wealthy men had her sentence reduced on appeal on Tuesday after a court overturned two murder convictions in the case.

Patricia Dagorn, dubbed the “Black Widow of the Riviera,” was sentenced last year to 22 years in prison over the fatal poisoning of two men found dead in 2011 on the Cote d’Azur, and the drugging of two others.

But the jury in the appeals court on Tuesday overturned the two murder convictions, despite the prosecutor’s claim that Dagorn was “dangerous” and had “enjoyed killing these old men.”

Francesco Filippone, an 85-year-old retired bricklayer, was found dead from a Valium overdose in 2011, and one of Dagorn’s lovers, Michel Knefel, was found five months later in a Nice hotel, also with Valium in his blood.

No charges were filed at the time, but the investigation was reopened the following year after police found vials of Valium and personal documents belonging to about a dozen different men among her belongings.

Before Filippone’s death Dagorn had cashed a cheque from him for 21,000 euros ($25,600), money which she said was a gift to help her open a jewellery shop.

Addressing the court before the verdict, the 58-year-old Dagorn said she was the “victim of a judicial error.”

However, the jury upheld the charges of poisoning two other men she met through a dating agency who survived.

Dagorn had previously been sentenced to a five-year prison term for theft, fraud and sequestration involving an octogenarian in the French Alps in 2012 who had agreed to let her live with him in exchange for sexual relations.

Police believe she may have met at least 20 men after arriving on the French Riviera in 2011, mainly via a matchmaking agency.

Dagorn, who said she was beaten and raped by a former husband, continued her match-making endeavours while in prison, according to prosecutors.

In 2013, she wrote to a Swiss dating agency in a bid to find a millionaire.