Goes to the Africa­n state as part of a humani­tarian aid progra­m
By AFP
Published: January 6, 2019
Tweet Email 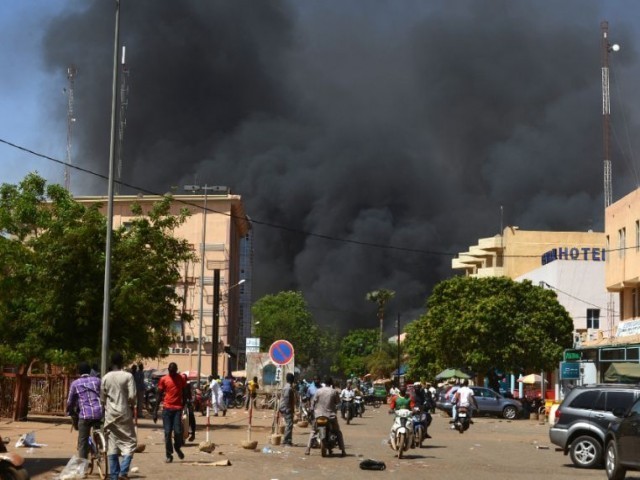 Blais and Tacchetto were heading to Ouagadougou from Bobo-Diulasso for a four- or five-day stay, noting that a Canadian travel warning had reported a risk of banditry and kidnapping in the area. PHOTO: AFP

OTTAWA: A Canadian woman who traveled to Burkina Faso with an Italian friend as part of a humanitarian aid program has been reported missing, the foreign ministry said Saturday.

Edith Blais, 34, has not been heard from since December 15, according to Canadian media.

“Canadian consular agents in Burkina Faso are in contact with the local authorities to gather information. Consular services have been provided to members of the family in Canada,” a foreign ministry spokesman told AFP.

Local media reports said Blais traveled to the West African country via Europe with a friend, Lucas Tacchetto, a 30-year-old from Venice. The Canadian foreign ministry had no comment on Tacchetto’s status.

The pair were supposed to travel by car to Togo for a humanitarian aid project with Zion’Gaia, an environmentally oriented group that engages in reforestation projects, according to its website.

“They never have crossed the border or applied for a visa from Burkina Faso to Togo or Ghana,” read a statement posted on a Facebook group created by the woman’s family.

It said Blais and Tacchetto were heading to Ouagadougou from Bobo-Diulasso for a four- or five-day stay, noting that a Canadian travel warning had reported a risk of banditry and kidnapping in the area.

Ethnic violence left 48 dead in Burkina Faso this week, and a state of emergency was decreed in several provinces in the wake of recurrent militant attacks.

The Canadian foreign ministry cautioned its nationals to avoid non-essential travel in Burkina Faso because of the “terrorist threat.”