The new bullet, to be fired from the AK-47 rifles, has been suppli­ed to police in occupi­ed Kashmi­r
By Tribune Report
Published: January 5, 2019
Tweet Email 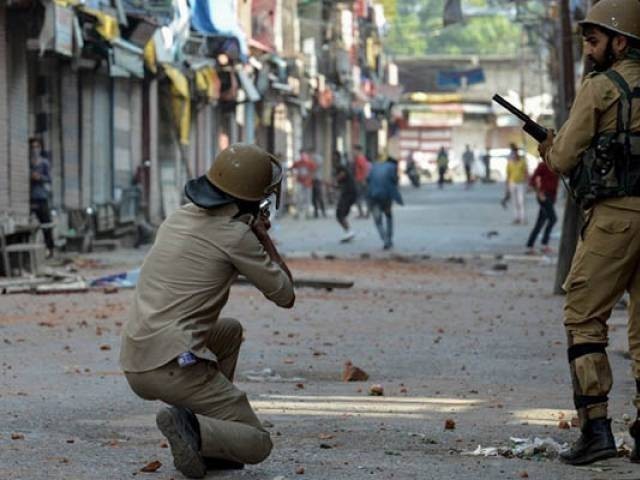 After failing to suppress the ongoing freedom movement in occupied Kashmiri with bullets, pellets and teargas, Indian police is now set to use plastic bullets for to disperse protesters in the territory.

As per India’s Defence Research and Development Organisation (DRDO), which has developed the plastic bullet, the plastic bullet can be fired from the AK-47 rifles and has been supplied to police in occupied Kashmir.

Manjit Singh, Director, Terminal Ballistics Research Laboratory, one of the major laboratories of the DRDO, in Chandigarh, said the plastic bullet is an effective way to control crowds, adding that 0.1 million bullets have been supplied to the police in Kashmir.

Dozens of people have been killed while thousands injured due to the use of pellets in IoK since the extrajudicial killing of popular youth leader Burhan Wani on July 8, 2016. Hundreds of those wounded have been rendered blinded, Kashmir Media Service reported.

On the occasion, the government stated that legal action shall ensue against those who sell green coloured clothes.

Azad Jammu and Kashmir (AJK) President Masood Khan remarked that the occupation forces were “threatened by green colour”. He added that if an innocent Kashmiri is martyred, the Pakistani flag is hoisted and the departed is buried in a deep green colour flag.

Motorway police reunite child with her parents near Multan