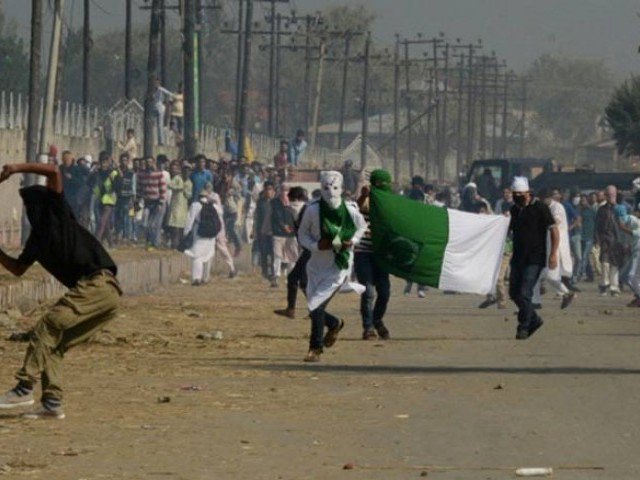 On the occasion, the government stated that legal action shall ensue against those who sell green coloured clothes.

Azad Jammu and Kashmir (AJK) President Masood Khan remarked that the occupation forces were “threatened by green colour”. He added that if an innocent Kashmiri is martyred, the Pakistani flag is hoisted and the departed is buried in a deep green colour flag.

In addition, he remarked that the Indian government deems Kashmiris to be ‘terrorists’. He questioned as to why “standing up for one’s right was regarded as terrorism”.

AJK premier Khan called for intervention by the United Nations and the media all over the world to raise awareness on the atrocities suffered by innocent Kashmiris in the occupied valley.

“700,000 troops of Indian occupation forces have been committing brutal acts of violence against unarmed innocent Kashmiris,” he said. He further said that India spends billions of rupees each year on defence and security.

Pakistan continues to condemn increasing ceasefire violations by Indian forces due to which numerous civilians have lost their lives.

Earlier in 2018, the United Nations High Commissioner for Human Rights issued a report revealing “impunity for human rights violations and lack of access to justice” to be among human rights challenges in the occupied valley.