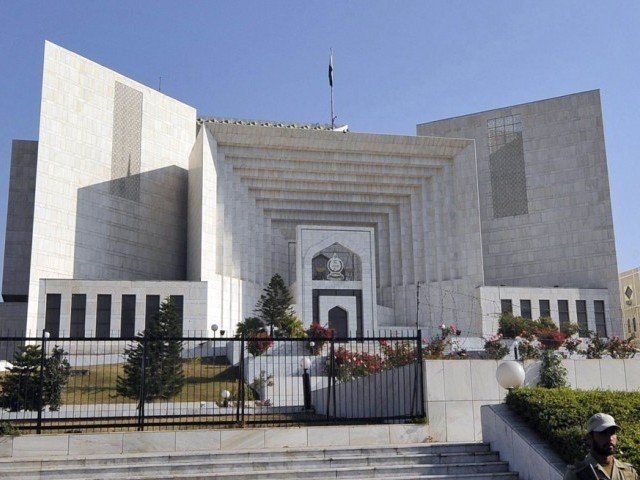 ISLAMABAD: The Federal Board of Revenue (FBR) on Tuesday claimed that it had recovered Rs167 million from Pakistani citizens holding undisclosed assets abroad.

A senior official told a three-judge bench, headed by Chief Justice of Pakistan Mian Saqib Nisar, that the bureau was also expected to receive Rs140 million from three individuals — including Aleema Khanum, the sister of Prime Minister Imran Khan.

The chief justice; however, said the court had been told that Rs3 trillion would be recovered from the Pakistanis owning unlawful assets abroad.

Meanwhile, the bench sought a detailed report from the FBR regarding its steps taken for the retrieval of unlawful assets.

Also, the Federal Investigation Agency (FIA) submitted a fresh report with the apex court in which it was stated that the agency’s zonal offices (Sindh, Punjab and Islamabad) in collaboration with FBR’s field offices had taken up 60 cases and hearings in the matters were scheduled for January 2019 in line with the SOPs decided by the FIA director general and the FBR chairman. A list of 60 individuals had also been attached with the report.

Meanwhile, the FIA submitted another report in court, saying that it has identified another 96 individuals who have properties in the United Arab Emirates.

“[In all], 1,211 Pakistanis have properties in the UAE,” according to the progress report. Of 1,115 Pakistanis, 420 individuals had availed the 2018 Amnesty Scheme while 23 were probed by NAB; 166 individuals disclosed their wealth before the enquiry officer of FIA; 78 persons declared their assets in tax returns to the FBR; and 93 disowned holding any property in the UAE.

“[Of this], 768 have submitted their affidavits, while 272 have been issued notices.”

There were 62 unidentified persons while one individual was absconding, the report said, adding that 17 persons were not cooperating.

On a bench’s query, an FBR official informed that Aleema Khanum would pay Rs29.4 million liability as determined by the FBR by January 13.

The FBR’s earlier report showed that the conduct of Aleema was non-cooperative with the revenue authority.

The report says that a notice was issued under Section 176 of the Income Tax Ordinance 2001 on February 12 to her, but she did not submit a reply.

The FBR issued another notice to her asking for provision of purchase as well as sale documents by March 5 but she did not reply.

Fresh reminder for providing the sale deed had been issued on July 20 that too went unnoticed.

When the case was fixed for hearing on August 27, her counsel requested for an adjournment.

On September 4, she submitted partial documentary evidence and committed so submit the remaining on November 20 but she again requested for an adjournment up to December 5.

Upon this, Aleema furnished a written reply to the show-cause notice on December 11.

Under the law, Aleema can challenge tax liability before a tax tribunal.

The bench directed the FBR to submit a complete report by January 13 and adjourned the hearing till January 14.

The CJP had taken suo motu notice from the start of last year. The court in its interim order said that it was persuaded to initiate the suo motu proceedings for the grave public interest concerns: first, regarding the declining foreign exchange reserves of the country, the depreciating exchange rate of the rupee and the corresponding inflationary trend of imported essential commodities; and secondly, by the governmental indifference towards the unhindered outflows of valuable foreign exchange from the economic wealth and resources of the country encouraged by immunities from scrutiny and from taxation granted to foreign currency transfers abroad that were also depriving the exchequer of vital tax revenue.

Accordingly, the court said that these proceedings aimed to draw the attention of the federal legislative and regulatory bodies towards the key issues pertaining to the aforementioned matters of national priority. The fact that the federal government brought legislation on the subject was a good start to curtail misuse of privileges granted by the law and executive regulation.

“No challenge to the provisions of the different legislative and regulatory initiatives undertaken in the matter by the government is presently before the court. Also we are not prescient about subtle technicalities of foreign exchange and balance of payment stabilisation nor about fiscal or other economic matters so as to anticipate deficiencies in the federal government’s actions,” says the order in this case, issued in the month of June.