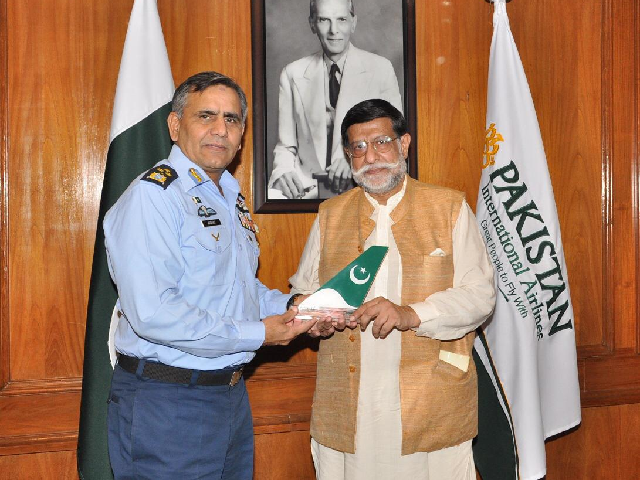 The Pakistan International Airlines (PIA) is headed in the right direction and the government will provide every possible help for revival of the national flag carrier towards an upward trajectory, Federal Minister for Privatisation and Aviation Muhammad Mian Soomro has said.

The minister made the remarks during a meeting with PIA President and Chief Executive Officer Air Marshall Arshad Malik as he visited the airline’s head office on Sunday. The PIA top executive also briefed him about the performance of the airline.

Addressing senior officers, the aviation minister said the airline has a lot of potential and opportunities for growth, assuring them that the Pakistan Tehreek-e-Insaf (PTI) government will soon bring back its lost glory.

“The government is trying to make PIA a profitable organisation and will provide every kind of help to it,” reiterated the minister, adding that the national air carrier will, however, need to improve its standard of services by incorporating and using modern technology to its maximum advantage.

“Passengers are our top priority and with the use of modern technology we can provide them better services while also being able to compete in the global market,” he said while emphasising the need to avoid unnecessary expenses.

Soomro also praised the steps taken by the team headed by the PIA CEO, which have been generating positive results.

Earlier, while briefing the minister about the airline’s performance, Air Marshall Malik said the routes that were closed down earlier by PIA are now being restored, while the management is also focused on adding new profitable routes to the network.

He said food and scheduling have also been improved and for the first time in the history of the airline, austerity measures are being taken on an emergency basis.

“We are focused on improving the standard of services through these measures,” said Malik, adding that in order to increase revenue, the passenger as well as cargo sector is being focused on.

He thanked the federal minister for visiting the head office and cooperating in the revival of the airline, while presenting him a memorial shield of PIA.