It plans to fly on Sialko­t-Barcel­ona and Lahore-Bangko­k routes­
By Our Correspondent
Published: November 28, 2018
Tweet Email 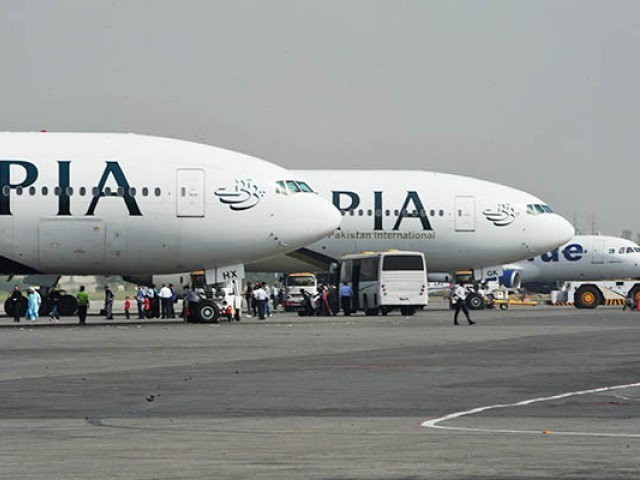 The Pakistan International Airlines (PIA) plans to expand its fleet with the induction of four new aircraft, which shall enable it to fly on Sialkot-Barcelona and Lahore-Bangkok routes.

The national carrier has started on the fleet enhancement plan and soon it will expand its network to increase access over the world, said PIA President and CEO Air Marshal Arshad Malik, during his address to PIA employees at the airline’s head office.

“We have already started Sialkot-Sharjah and Lahore-Muscat routes and the results are very encouraging,” he said, adding, that they will soon launch flights on new routes.

‘PIA has added 18 aircraft to its fleet in four years’

“We will go strictly according to route rationalisation policy and new viable routes will be introduced,” he added.

The airline will be able to induct the new aircraft in line with the aviation policy by the mid of next year, as inducting an airplane is a complicated process. “First we need to see the availability of aircraft and then the viability of price,” said PIA spokesperson Mashhood Tajwar.

The PIA administration is looking for both wide and narrow body aircraft. Narrow-body aircraft have a capacity of 150 to 250 seats with a single aisle, whereas wide-body airplanes can carry 250 passengers and beyond with multiple aisles.

PIA will see what offers it gets under the tender, said Tajwar. It is assessing the feasibility of a combination of two wide-body and two narrow-body aircraft and the final decision will be taken according to the offers, he added. PIA is going to take these aircraft on dry lease.

About 40% of the world’s aircraft fleet is leased rather than owned by airlines, according to a Boeing report on aircraft finance market 2018.

So far, PIA has a fleet of 32 aircraft and runs 110 to 120 flights per day. The new induction will increase it to 36 aircraft, which will increase the number of flights, followed by increase in new routes.

The airline has floated a tender, but the availability of aircraft sometimes changes according to the situation, as it depends on the schedule of lessors or companies that buy aircraft from producing companies and provide it on lease to airlines, said Tajwar.