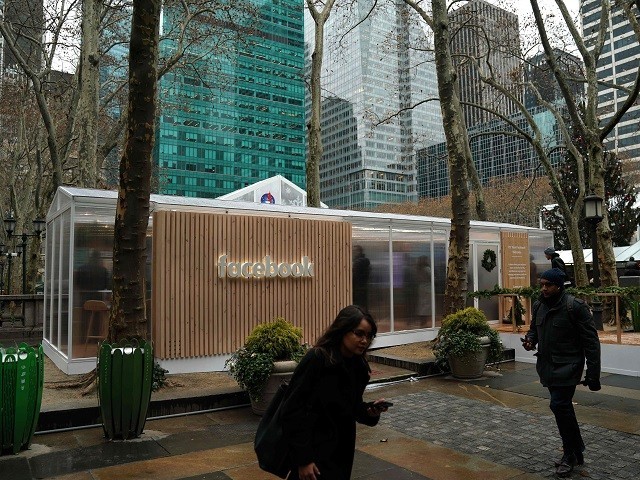 People walk by as the social network Facebook opens a pop-up kiosk for one day on December 13, 2018, in Bryant Park in New York. PHOTO: AFP

NEW YORK: Facebook, under fire over missteps on privacy and data protection, went directly to the public on Thursday with a pop-up kiosk in New York where users could ask questions and find out more about how the social network handles personal information.

The public relations exercise, a one-day event at the midtown holiday market in Bryant Park, was a first for Facebook in the United States and followed a similar presentation in September in London.

Facebook employees handed out coffee and hot chocolate along with advice for users on understanding and adjusting their privacy settings, and explained how users can choose to share or exclude people from seeing their images and posts. 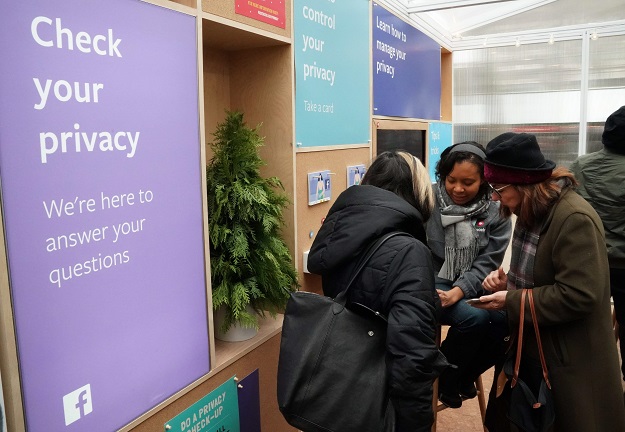 The world’s biggest social network — whose image has been hit by revelations about manipulation by foreign actors, leaking of personal information and other issues — sought to explain how Facebook collects data and delivers personally targeted advertising.

“We know people have questions about privacy and ads on the platform so we said this would be a great time to meet with people face-to-face and have an interaction session and answer their questions,” said Khaliah Barnes, privacy and public policy manager at Facebook’s Washington office.

“I am hoping we can connect with a lot of people.”

Facebook has been the target of boycotts and investigations around the world over the past few months, notably since the revelations on the hijacking of personal data by Cambridge Analytica, a consultancy working on Donald Trump’s presidential campaign in 2016. 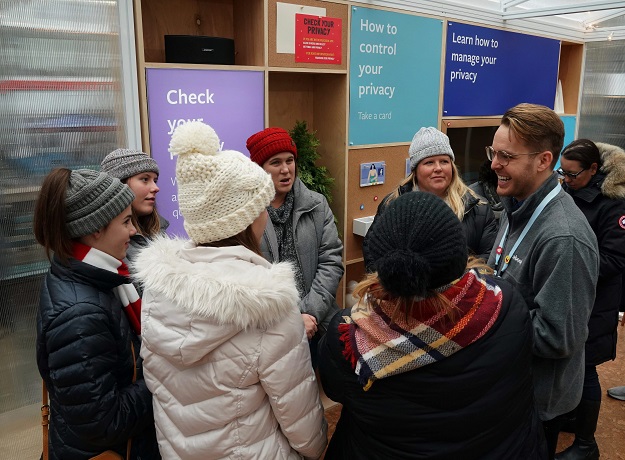 Jennifer Shin, 26, who works in advertising in New York, said the experiment was “interesting” because of the negative image of Facebook at the moment.

It may be useful, she said, “just to educate the public about what you can do with your (privacy) settings.”

Michael Beswetherick, a 26-year-old New York Times software engineer who stopped by the kiosk, admitted he had a “negative bias for sure” about Facebook but said the employees on site “were all really nice.”