It is going to serve as a comman­d center so we can make real-time decisi­ons as needed­
By AFP
Published: September 20, 2018
Tweet Email 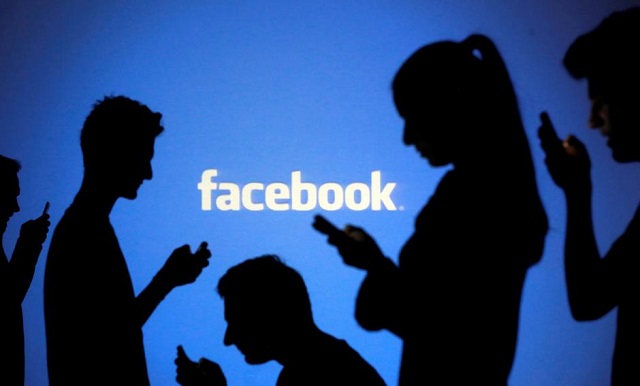 People are silhouetted as they pose with mobile devices in front of a screen projected with a Facebook logo, in this picture illustration taken in Zenica, October 29, 2014. PHOTO: REUTERS

SAN FRANCISCO: Facebook on Wednesday said it will have a “war room” up and running on its Silicon Valley campus to quickly repel efforts to use the social network to meddle in upcoming elections.

“We are setting up a war room in Menlo Park for the Brazil and US elections,” Facebook elections and civic engagement director Samidh Chakrabarti said during a conference call.

“It is going to serve as a command center so we can make real-time decisions as needed.”

He declined to say when the “war room” — currently a conference room with a paper sign taped to the door — would be in operation.

Teams at Facebook have been honing responses to potential scenarios such as floods of bogus news or campaigns to trick people into falsely thinking they can cast ballots by text message, according to executives.

“Preventing election interference on Facebook has been one of the biggest cross-team efforts the company has seen,” Chakrabarti said.

The conference call was the latest briefing by Facebook regarding efforts to prevent the kinds of voter manipulation or outright deception that took place ahead of the 2016 election the brought US President Donald Trump to the office.

Facebook is better prepared to defend against efforts to manipulate the platform to influence elections and has recently thwarted foreign influence campaigns targeting several countries, chief executive Mark Zuckerberg said last week in a post on the social network.

“We’ve found and taken down foreign influence campaigns from Russia and Iran attempting to interfere in the US, UK, Middle East, and elsewhere — as well as groups in Mexico and Brazil that have been active in their own country.”

Zuckerberg repeated his admission that Facebook was ill-prepared for the vast influence efforts on social media in the 2016 US election but added that “today, Facebook is better prepared for these kinds of attacks.”

Facebook has started showing who is behind election-related online ads, and have shut down accounts involved in coordinated stealth influence campaigns.

With the help of artificial intelligence software, Facebook blocked nearly 1.3 billion fake accounts between March and October of last year, according to Chakrabarti.

“We are working hard to amplify the good and mitigate the bad,” news feed director Greg Marra said on the call.

As elections near, Facebook will also encourage civic involvement and voter registration, according to global politics and government outreach director Katie Harbath.

Facebook has partnered with non-profit organizations to bolster election integrity efforts outside the US and has been meeting with other technology companies to coordinate sharing information about election meddling efforts spanning social media platforms, according to Harbath.