Police statio­ns to be given their own budget­s; health gets 40% more than last year.
By Farooq Tirmizi
Published: June 11, 2011
Tweet Email 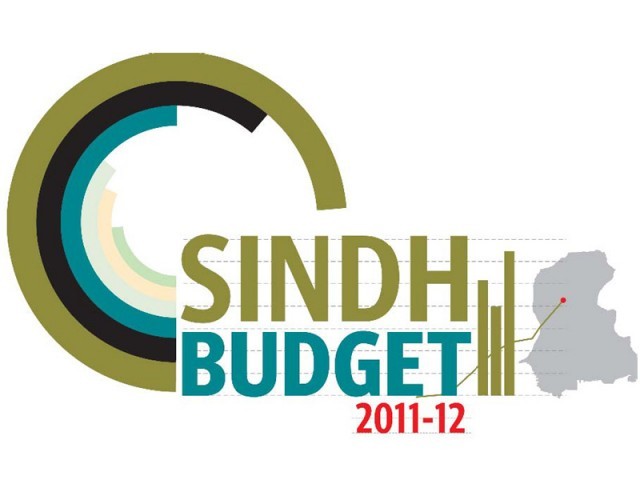 Police stations to be given their own budgets to discourage extortion of bribes by police officers; health gets 40% more than last year, local governments’ allocation fails to keep pace with inflation.

The Sindh budget for fiscal year 2012 is a strange mix of populism and institutional reform – while the development budget of the province seems entirely geared towards helping the ruling Pakistan Peoples Party (PPP) solidify its popularity in the areas that form its political base, the finance bill also contains at least some long-term institutional fixes that may improve the quality of law enforcement in Sindh.

The development budget, however, seems geared mostly towards helping the PPP regain some of its popularity among its voters in Sindh, whom many analysts suspected felt disenfranchised by the government’s poor response to the 2010 summer floods. Of the six “special packages” for development of areas in Sindh, all but one (Hyderabad) are PPP strongholds.

President Asif Ali Zardari’s home district Nawabshah has been granted the single biggest special package, with Rs2.6 billion to be spent on various projects in the district. Larkana, the rural heartland of the party, has been granted Rs2 billion.

In addition to these special packages, the PPP vote-bank is likely to benefit from the development budget allocations in education, health and other social sector spending.

Sindh is set to increase its total allocation on education by 24.4% in nominal terms (over 10% in real terms) in the fiscal year ending June 30, 2012 compared to the previous year. The provincial government has announced a budget of Rs32.8 billion for education, including the allocations to education in the development budget. This figure does not include education spending by local governments.

The government also plans to hire as many as 80,000 new teachers, and build 300 new schools all over the province as well as two new universities – to be built in Lyari and Nawabshah. Much of the funding for these projects is expected to come from the World Bank and the European Union.

Two women’s colleges in Nawabshah and Garhi Khuda Bakhsh in Larkana district have also been promised by the government. Garhi Khuda Bakhsh is the ancestral town of the Bhutto family. Both former prime ministers Zulfikar Ali Bhutto and Benazir Bhutto are buried there. Among some of the innovations being tried this year by the Sindh government is the Minimum Funding Standard for Schools (MFSS), tied to a grant of Rs1.79 billion. The programme aims to incentivise schools managed by districts to perform better with a grant to be allocated to their budgets if they succeed.

In the first provincial budget after the devolution of ministries under the 18th Amendment, the Sindh government is expected to increase its allocation to the sector by a whopping 40.3% to Rs20.7 billion. The provincial government plans to re-open 602 basic health care facilities throughout Sindh that had been closed due to a lack of funding. The number of maternity homes is also expected to go up to 100 from the current 28.

As with the education budget, the government seems keen to highlight the services it has provided to people in areas that typically vote heavily for the PPP. The Sindh government seemed particularly proud of opening two medical colleges, one in the president’s home town of Nawabshah and the other in his late wife’s ancestral home district of Larkana. Two cardiac hospitals were opened in those areas of Karachi that also traditionally vote for the PPP – Lyari and Landhi.

The one area where the government seems to have taken a policy measure that will likely benefit nearly all residents of the province is law enforcement — the Sindh government plans to remove one of the key incentives for policemen in the province to extort bribes from the public.

The government announced that it will begin providing funds directly to police stations, to be placed at the disposal of the SHO, which will eliminate the need for police officers to seek reimbursement from senior officials and thus reduce their incentive to seek bribes.

Under the current system, any funds needed by police officers for repair and maintenance, uniforms, food expenses and stationary at police stations must be bought by the officers themselves, who must then send a request for reimbursement that can often take months to clear. Rather than going through the trouble of the paperwork, most police officers just extort bribes to cover their operating expenses.

Under the new plan, instead of seeking reimbursement from senior police officials, every police station will be assigned its own funds to spend on operating expenses. The move has been welcomed by many current and former police officers.

“The SHO needs funds on a daily basis and when the money does not come through due to the red tape involved, he resorts to extortion from the complainants themselves,” said Afzal Shigri, former head of the Sindh Police.

While local government have been allocated Rs135.6 billion, the increase over last year is only 9%, which is less than the rate of inflation. Many key development projects for several districts, including a crucial water project for the provincial capital of Karachi, have not been allocated any funds in the current budget.

Compared to last year’s budget, the Sindh government has increased the budgets of local government, health, government expenses, law and order, and education sectors. The allocation for interest on debt has gone down, but only by three per cent. The government is trying to keep the law and order allocation steady at around Rs41 billion but the spending is likely to shoot up. Government expenses have gone up by nearly 38 per cent mainly because of development schemes. The increase in education and health — 24 per cent and 40 per cent respectively — is due to the devolution of federal ministries under the 18th Amendment.

In this fiscal year, the amount of provincial taxes is going to be Rs60 billion, primarily because it includes the amount that the government is going to collect from the general sales tax on services. The government expects to receive around Rs47.2 billion in foreign and domestic loans, but these funds are likely to be spent on development programmes. According to the Sindh Finance Minister Murad Ali Shah, Sindh has received 34 per cent more after the NFC Award.

The government has decided to spend more money on local government by proposing an expenditure of Rs135 billion, which is an increase of nearly nine per cent. The finance minister emphasised that the government is committed towards spending on cities. After spending Rs825 million on Karachi last year, it will spend Rs2 billion on the city this year. The development spending has also increased to Rs120.2 billion but it must be noted that only half of the budget from last year was actually spent.