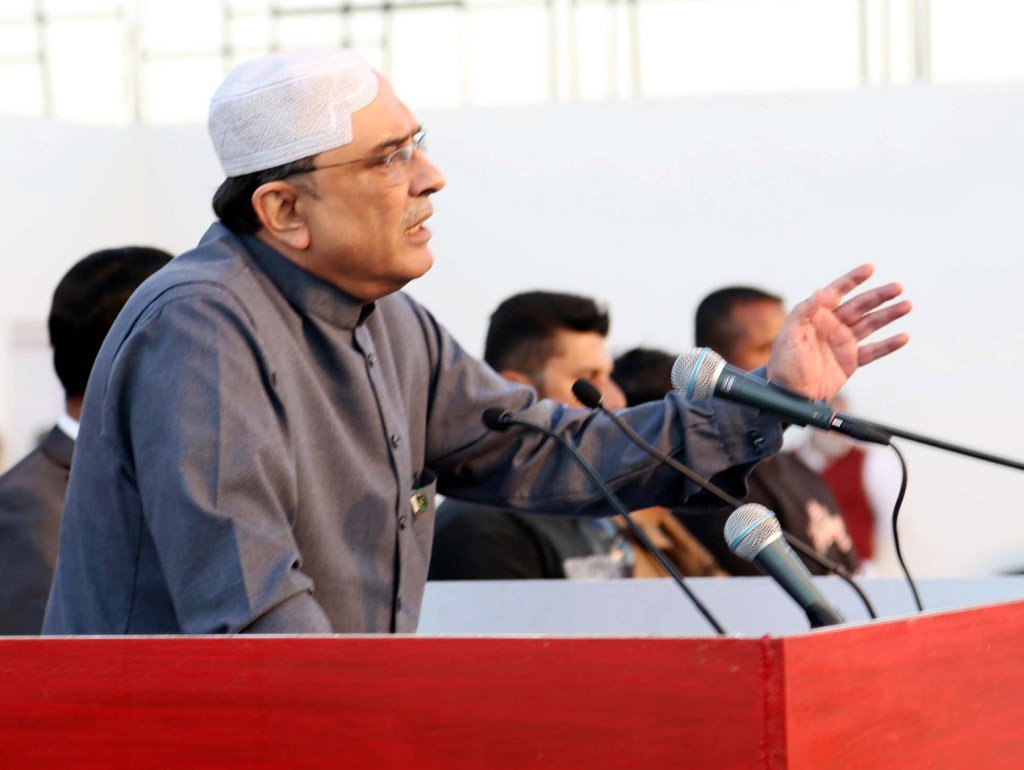 “Everyone thinks they are clever than us,” said the Pakistan Peoples Party Co-chairman Zardari while addressing a ceremony at the PPP’s Chang Secretariat, Nawazabad on Sunday.

The ceremony was organised by member provincial assembly Mumtaz Ali Khan Chang in honour of Zardari.

“I returned the presidential powers to parliament. If I had not done so, neither a dentist nor a pakoray wala would have been able to become president,” said the former president. “But they think we introduced the 18th amendment for ourselves.”

It was introduced for the provinces so that powers could be transferred to the lower level, Zardari added.

“During every tenure, political opponents have spent time in jail, but there was not a single political prisoner during the PPP tenure,” he said. “We did not keep opponents in jails nor did we hold anyone accountable … instead Zulfikar Ali Bhutto and Benazir Bhutto were martyred for democracy while we spent time in jails.”

“Kaptaan” (Prime Minister Imran Khan) made “false promises” and “took U-turns”, said Zardari. “Neither can he handle the economy nor the government. If he does not work he will have to go home and I don’t think Kaptaan will be able to run the government for long.”

Criticising Imran, Zardari said, “You announced a South Punjab province, but took our slogan. The government is not sincere in making South Punjab a separate province. You say that Napoleon never took a U-turn, but history does not remember Napoleon nor Hitler as heroes.”

He said people who sacrifice their lives for PPP were still alive, predicting that from the looks of it, the government appeared to be a guest for a few days.

“Due to the wrong policies of the government, the country has become unstable economy-wise,” he said, adding that the land in Punjab was fertile and ideal, but due to water scarcity, the farmers were facing financial crisis.

He claimed that the PPP had always taken steps for the welfare of the farmers.

Zardari also blamed the government ministers for making an unsuccessful attempt to spread undemocratic and disrespectful practices in parliament.

He cited an example that Afghanistan wanted to build a dam, saying in order to meet the water shortage it was necessary to build dams.