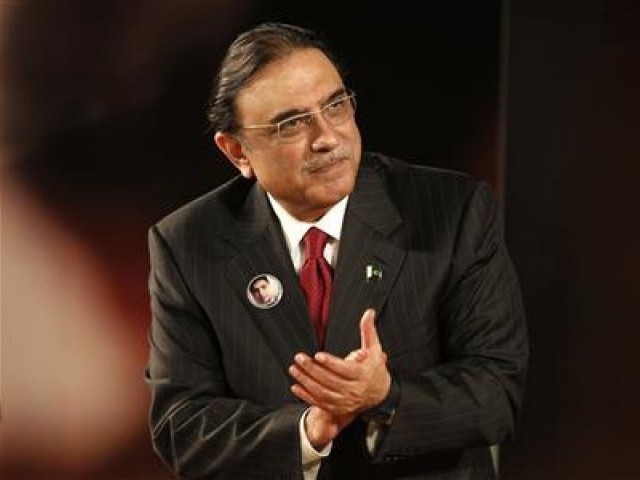 ISLAMABAD: After several proceedings against former president Asif Ali Zardari and his children, the Supreme Court hinted on Thursday it would not proceed against him in the NRO case.

“I do not want to retire (with even a hint) that I did injustice with anyone,” says Chief Justice of Pakistan Mian Saqib Nisar.

The CJP also asked Zardari’s attorney, Farooq H Naek, to convey to his party leader that judges had no connection with anyone and they held no bias against anyone.

Interestingly, Zardari and his children already submitted details of their assets during the past 10 years.

On Thursday, the three-judge bench, headed by the CJP himself, raised objections over the maintainability of the constitutional petition filed by president of the Lawyers Foundation for Justice, Advocate Feroz Shah Gilani, for recovery of losses “Pakistan incurred after the promulgation of the NRO”.

The bench also asked petitioner to justify his petition filed under the Articles 4 and 10-A of the Constitution.

“I think we should not proceed in this matter (any) further,” said the CJP.

He changed his approach after going through the petition’s contents the previous night by emphasising on Article 4 of the Constitution, according to which the right of individuals should be dealt with in accordance with the law.

Stressing the need to avoid giving an impression that the court was moving to settle any score, the CJP said: “Tell your party leaders (PPP) that judges have no connection with anyone or … any bias. Let this institution flourish”, the chief justice told Farooq H Naek.

Naek, meanwhile, said that he had never uttered a word against the court.

He said that Asif Ali Zardari and Bilawal Bhutto-Zardari had also urged party leaders/and workers to restrain themselves while commenting about judges.

The CJP asked the applicant to justify how the bench could proceed in this matter after its December 15, 2009 judgment that declared NRO void and restored all cases closed as a consequence of that order.

The CJP said that the applicant may file a fresh application for implementing the court’s verdict.

He also asked which NAB provisions could be invoked for this petition.

The CJP wondered how the court could calculate the loss to the public exchequer in view of NRO.

However, he said that as the court passed order seeking details of assets of Zardari, Musharraf and Malik Qayyum and no review petition had been filed in this regard, therefore, other respondents should also submit details of their properties.

Zardari and Musharraf had submitted details of their assets, but Malik Qayyum did not submit relevant documents.

Wasim Sajjad, the counsel for Qayyum, requested the court to allow a “reasonable time” for submitting details of his assets.

“May be we (can) dispose of the case on the next … hearing,” the CJP said.

About the matter of Musharraf’s return, the chief justice again assured that he would not be arrested upon arrival.

During the hearing, Musharraf’s counsel, Akhtar Shah, submitted a medicinal report in a sealed envelope and requested the bench not to publicise its contents.

After going through the report, the CJP said that Musharraf could be treated here as well. The CJP said that he should come and record his statement under Section 342 in the treason case.

The bench also noted that except for the treason case, the court might grant protective bail in other matters.

He also said that the attorney-general could assist the court in this regard.

But, the CJP said, the court could not bypass other courts’ orders.

He also made it clear that the SC was not part of any plan to send Musharraf abroad because it was the federal government’s decision.

The case was later adjourned until the first week of November.