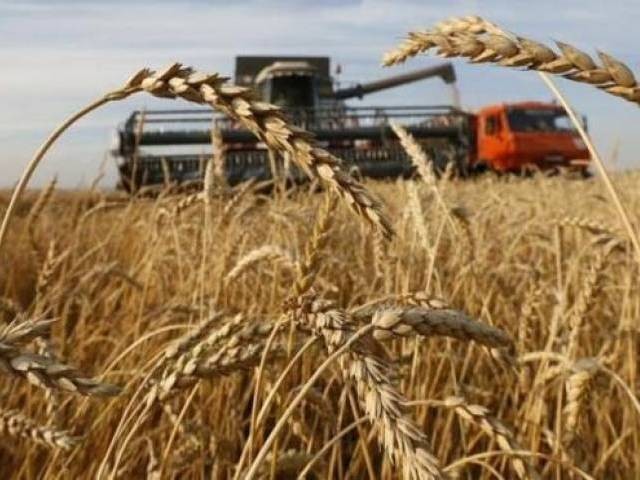 ISLAMABAD: The member countries of the World Trade Organization (WTO) have warned Pakistan of initiating dispute settlement proceedings under the WTO over payment of subsidy on the export of wheat.

The government has recently allowed export of 0.5 million tons wheat. Officials told The Express Tribune that WTO member countries had voiced serious concerns over the payment of subsidy on the export of wheat. They had pointed out that the quantum of subsidy granted by the government of Pakistan was higher than the freight cost of exporting wheat. These members had also indicated that in case Pakistan again grants rebate on export of wheat, they may initiate dispute settlement proceedings against Pakistan.

This year, Punjab, Sindh and Pakistan Agriculture Storage and Services Corporation (PASSCO) had procured wheat stocks of 3.62, 1.4 and 0.9 million tons, respectively. With addition of carryover stock, the overall available stocks stood at 11.93 million tons. So far, negligible release of wheat had been made and the current wheat stock was 10.178 million tons.

The provincial governments had approached the federal government for immediate wheat export due to slow release of wheat from the public stocks and heavy mark-up. The cost of local wheat is equal to $292.7 per ton as compared to international wheat price of $218 per ton with a difference of $80 per ton.

The consignments from the sea route would also include further freight support of $30 per ton including $5 per ton as profit margin for exporters. Thus the total difference from international price of wheat in case of sea routes comes out to be $105 per ton.

The Ministry of Food had suggested the Economic Coordination Committee (ECC) in its recent meeting that the provincial governments and PASSCO may issue tenders for export of surplus wheat in tranches of 0.5 million tons.

The Ministry of National Food Security and Research had informed the ECC that the provincial food departments of Punjab and Sindh had submitted their requests to offload their surplus wheat stocks to the tune of 2.5 million tons; two million tons by Punjab and 0.5 million metric tons by Sindh, by providing freight support of the federal government.

A similar request by PASSCO had also been submitted for export of 0.6 million tons with freight support of $115 million ton. Overall, a quantity of 3.1 million tons of wheat and wheat products had been proposed by the Punjab, Sindh and PASSCO at freight support to be shared equally between the federal and provincial governments.