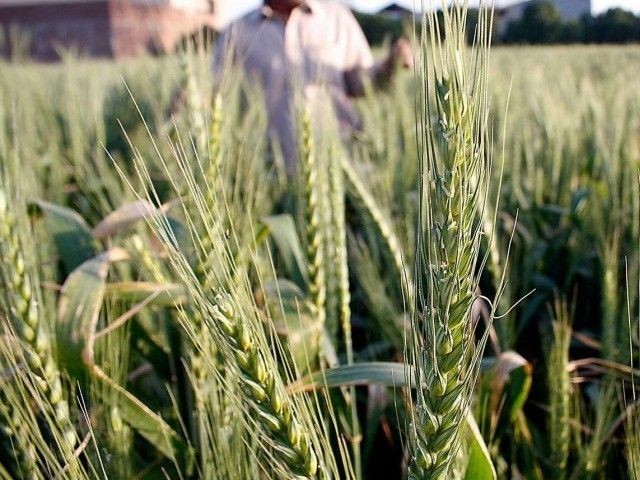 Is also working on a plan to enhance wheat support price. PHOTO: FILE

ISLAMABAD: With the rapidly declining foreign exchange reserves, the Pakistan Tehreek-e-Insaf (PTI) government has begun working on a plan to export surplus wheat in a bid to shore up the reserves.

Earlier, the government had allowed sugar export to dispose of the commodity’s surplus and earn foreign exchange. In a fresh development, the government now wants to allow wheat sales in overseas markets.

Sources told The Express Tribune that a proposal about wheat exports was floated by Adviser to Prime Minister on Commerce, Textile, Industry and Production Abdul Razak Dawood in a recent meeting of the Economic Coordination Committee (ECC).

Dawood emphasised that surplus wheat in the country should be exported in an effort to arrest the swift decline in foreign currency reserves as well as save storage cost of the commodity. “In this regard, I will hold a meeting with all stakeholders and apprise the ECC of viable recommendations,” he said.

The ECC directed the adviser to have the cost of surplus wheat storage calculated with a view to determining whether export subsidy should be considered.

The PTI government is also working on a plan to enhance the wheat support price to encourage the farmers to plant additional area with the staple crop, which will ensure food security in the country.

The proposal was floated earlier by the Minister for Petroleum Ghulam Sarwar Khan in an ECC meeting held on September 10.

The petroleum minister endorsed views of the railways minister, saying wheat was not being purchased at the support price and poor farmers were suffering a lot. He underlined the need for undertaking a review of the support price.

The ECC agreed to the proposal and directed the Ministry of National Food Security and Research to submit a summary regarding the support price after consultation with all stakeholders.

In a recent meeting of the economic decision-making body, Dawood stated that due to the drop in international sugar prices, the industry was demanding permission to start sugarcane crushing at full capacity by November 30, which was two weeks late from the set date of November 15.

The ECC noted that the decision on the beginning of sugarcane crushing by November 15 was taken after thorough discussions and consensus among participants of the meeting with a view to ensuring a fair relationship between the sugar industry and the farming community. It was also noted that the decision had also been ratified by the cabinet.