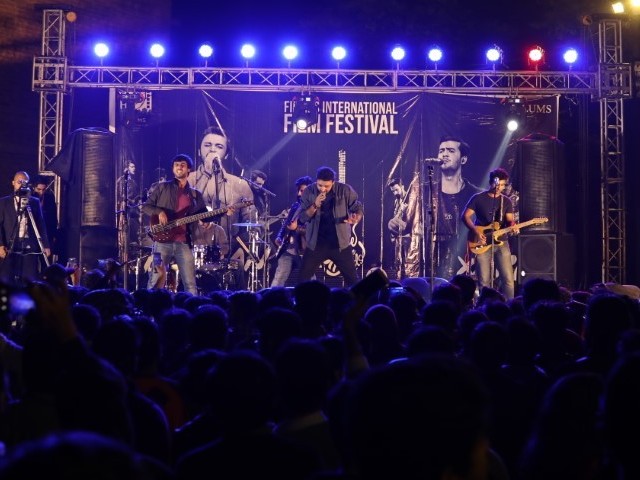 FiLUMS brought together youth to enjoy various arts, thus had Battle of the Bands competitors Xarb and Bayaan perform on the first day. An exclusive teaser of film Laal Kabootar was also screened with its cast and crew, director Kamal Khan, actors Mansha Pasha, Ali Kazmi, Sharmeen Abbas and screenwriter Ali Abbas Naqvi all in attendance. They expressed their hope for future collaborations with FiLUMS and lauded their efforts. 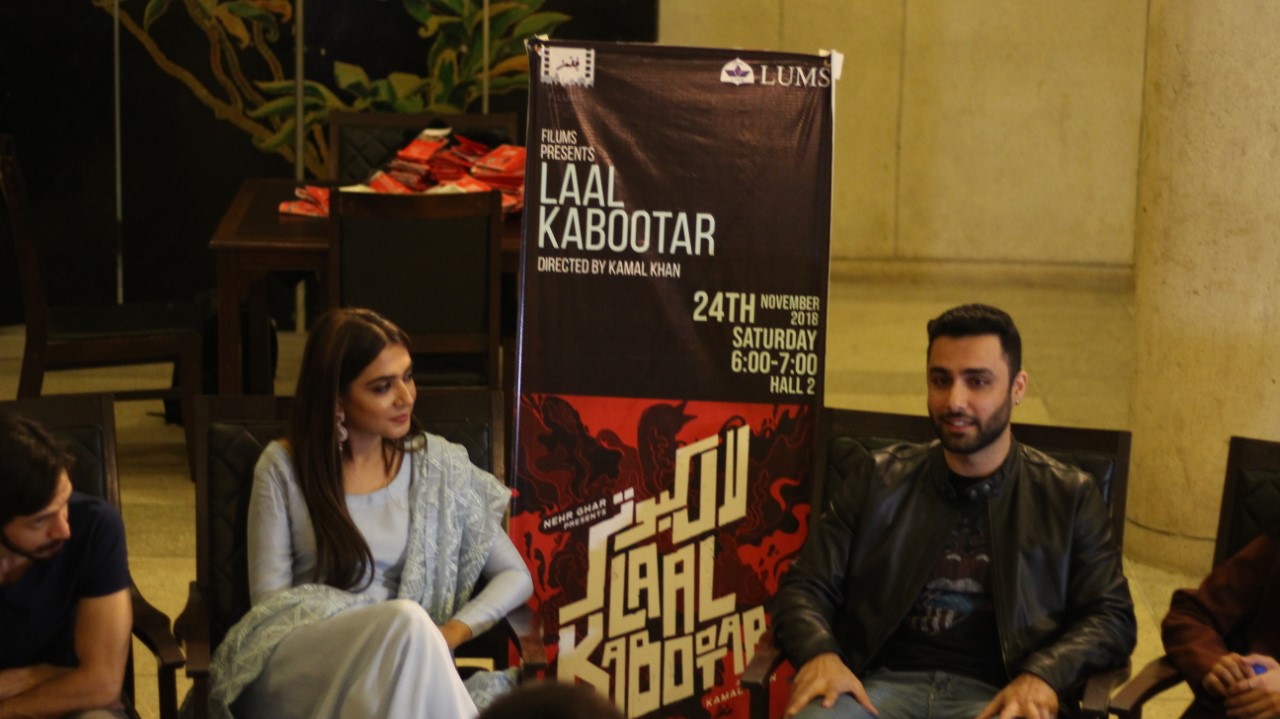 Musician-vlogger Taimoor Salahuddin, famously known as Mooroo, also made an appearance. After his performance, he headed a light-hearted discussion focused on advising aspiring content creators after which a question and answer session was held. Members of the audience not only asked thought-provoking questions regarding vlogging but also expressed their love for Mooroo. 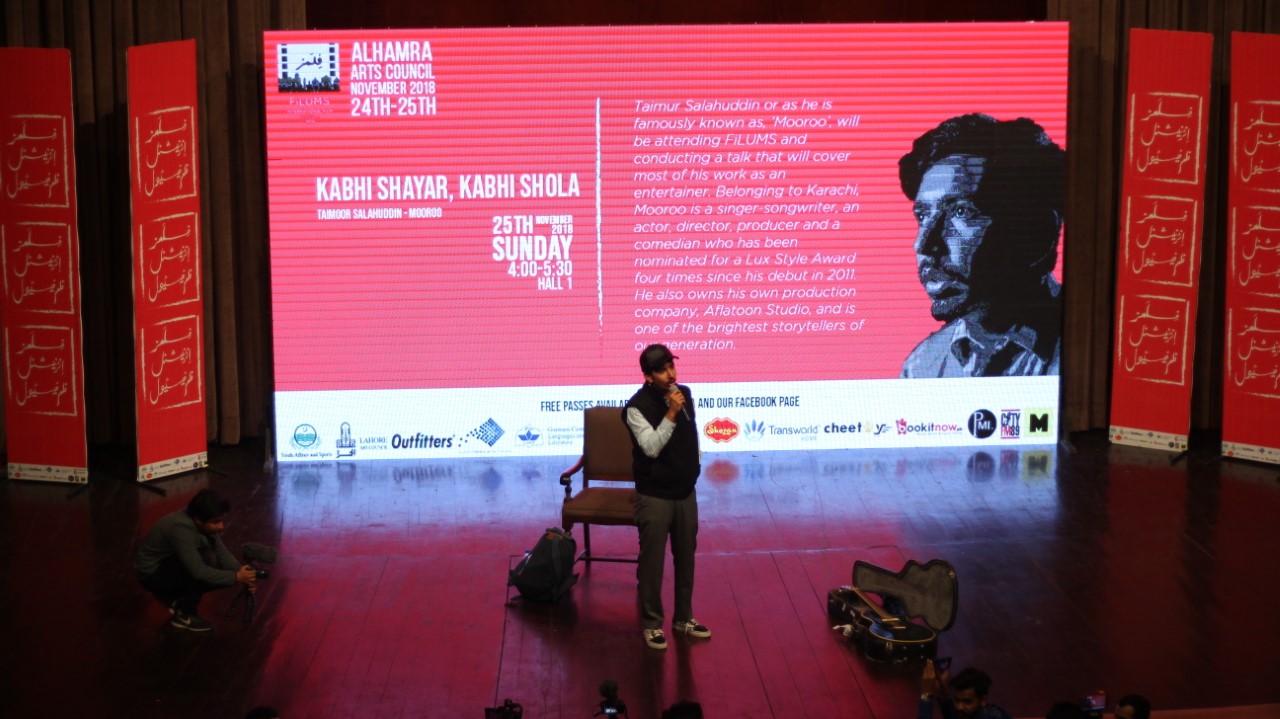 He advised many to be consistent with their content in order to succeed in the vlogging industry. “When you make content, you find your errors and can therefore enable yourself to be better at your work.” The musician added, “Vlogging is a vreflection of you and your life.” He also appreciated FiLUMS work in organising the fete, thanking the team for bringing together a film and media focused community. Mooroo believes more such events should be held in the country to promote films and digital content.

Fellow vlogger Irfan Junejo also held a talk where he spoke of his experiences to a room overflowing with fans. He shared how he came into the field; stating that his love for Snapchat is what led him to it. Junejo added that in order to grow as a person, it is important to learn from the people around you. “Vlogging can speed up the process of becoming a film-maker as it exposes you to everyday filming.” 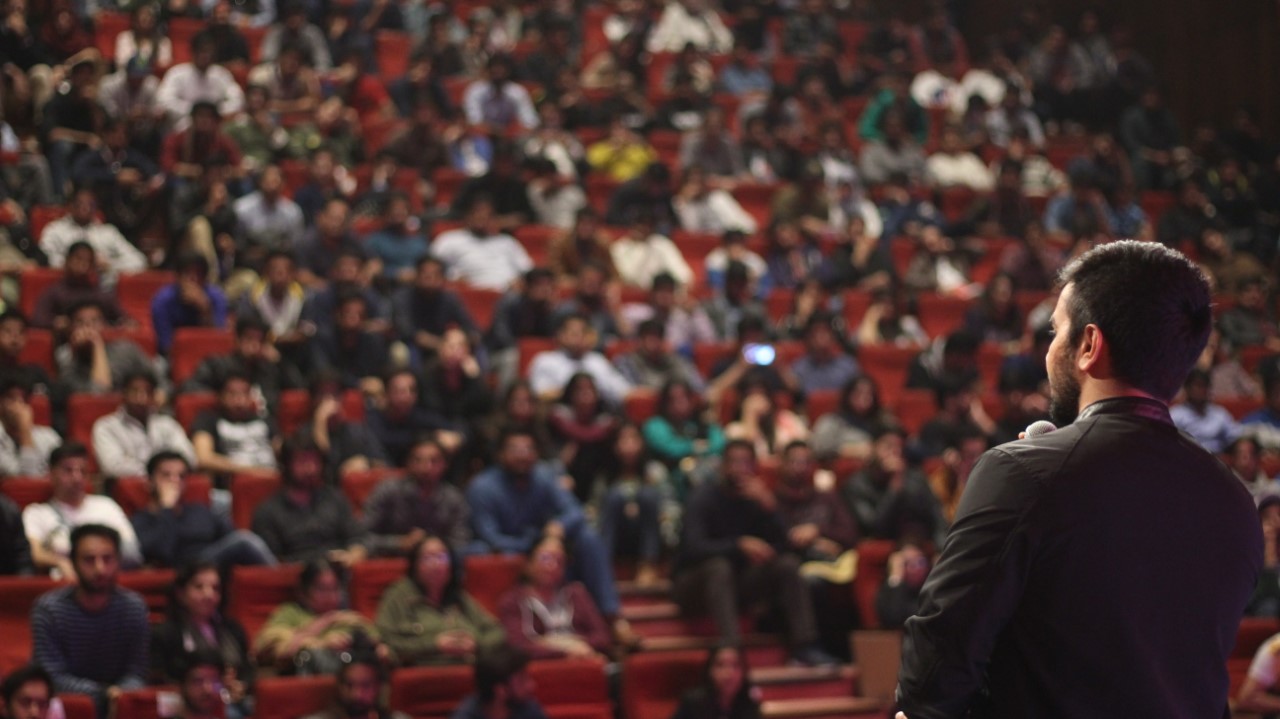 The special category of the Fashion Films Panel at the event received a warm response from audiences. The panel discussion featured designers Munib Nawaz and Naveed Amjad. The talk was followed by Amjad showing various videos he’d shot in the past few years, demonstrating his work.

The final day featured Punjab’s Information and Culture Minister Fayyazul Hasan Chohan as the chief guest. He spoke of the government’s future plans on improving the industry. He stated that, under the supervision of CM Punjab Sardar Usman Buzdar, the ministry is in the process of carrying out numerous things for the welfare of young artists.

“We believe that those associated with art, are an asset to our country. The government is working on certain reforms for millennial and this film festival was a part of that vision,” said Chohan. “We have taken many steps to eradicate any sort of corruption within the entertainment industry and will continue to do so. We will soon see the complete revival of Pakistan’s film and drama industry, through which we can truly promote our culture,” he concluded.

This year, FiLUMS received a tremendous amount of film submissions from all around the world, opening the festival to a lot more diversity and cultural representation. It brought together the film industry of Pakistan and allowed independent film-makers to engage with veterans of the art.