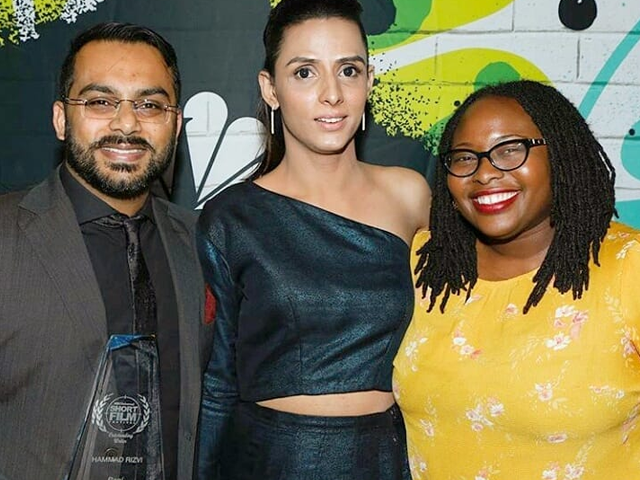 Social activist and transgender model Kami Sid has made headlines one too many times. From fashion shoots to short films, Sid has come a long way in a country where transgenders are often ill-treated.

After making it to several film festivals, her short film Rani has now won an award at NBC Universal Short Film Festival. Rani‘s director Hammad Rizvi bagged the award for Best Director. The actor took to Instagram to share a picture from the event.

Previously, Rani has been nominated and screened at numerous film festivals. One of the foreign productions, GrayScale shared the film’s poster when it was chosen to screen at the Outfest FLos Angeles Film Fest and wrote, “Raniis a short film about a Pakistani transgender woman who sets out to take care of an abandoned baby.”

With the hope to end violence against the transgender community and the phobia surrounding it, Sid earlier featured in a BBC documentary, How Gay is Pakistan and has become known for being vocal about transgender rights. She is also a well known activist for LGBT.

Directed by Hammad Rizvi, Rani will be screen at the festival on July 14, 2018. It also stated that the film was shot on the streets of Karachi and stars Sid alongside Maaz Khan.

Johnny Depp dropped from ‘Pirates of the Caribbean’ franchise