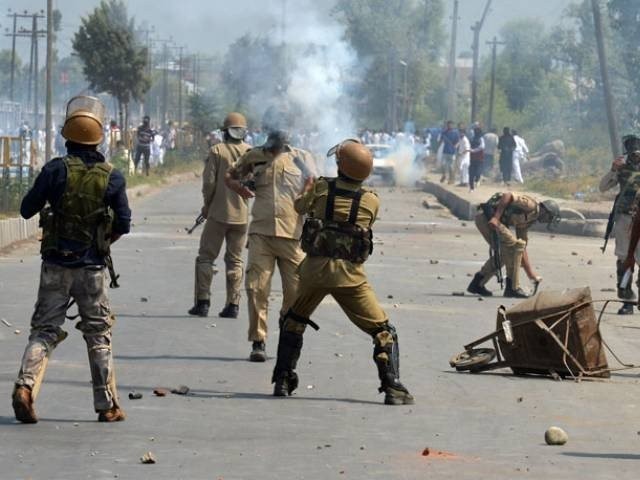 An Indian soldier also killed and another injured in an attack in Kapran area of Shopian district. PHOTO: AFP/FILE

According to Kashmir Media Service, during a so-called cordon and search operation at Batagund in Kapran area of the district, the Indian 34-Rashtriya Rifles, Central Reserve Police Force and Special Operation Group fired at the Kashmiris – killing six and also destroying a house.

Speaking to the media, a senior police official said that six freedom fighters were killed in the assault. Authorities initially recovered four bodies and the remaining two were found from the debris of the destroyed house.

The identity of the dead is yet to be ascertained while the operation is still going on, the official added.

The internet services have also been suspended in the district and other areas of the south Kashmir.

Earlier in the day, an Indian soldier was also killed and another injured in an attack in Kapran area of Shopian district.

Three siblings reunite for the first time since 1947