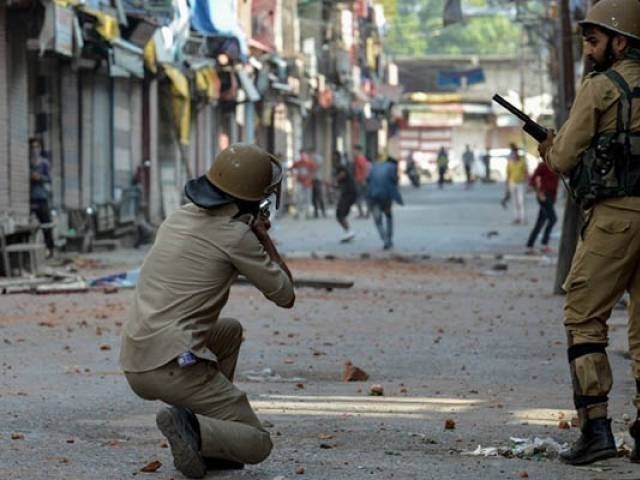 According to Kashmir Media Service, the occupation troops killed the youths during a cordon and search operation in Bijbehara area of Islamabad district.

The authorities also suspended mobile and internet services, and imposed restrictions in several areas of the occupied valley.

On November 20, a senior leader of Tehreek-e-Hurriyat Azad Jammu and Kashmir Mir Hafeezullah was martyred by disguised Indian occupational forces in Islamabad district.

Occupational forces reportedly barged into Hafeezullah’s house in Achabal and opened indiscriminate fire, injuring him and his wife. They were rushed to the nearby hospital where the doctors pronounced Hafeezullah dead.

On October 20, Indian troops martyred four youth in the occupied territory. They were targeted during a siege and search operation in Boniyar area of Baramulla district.