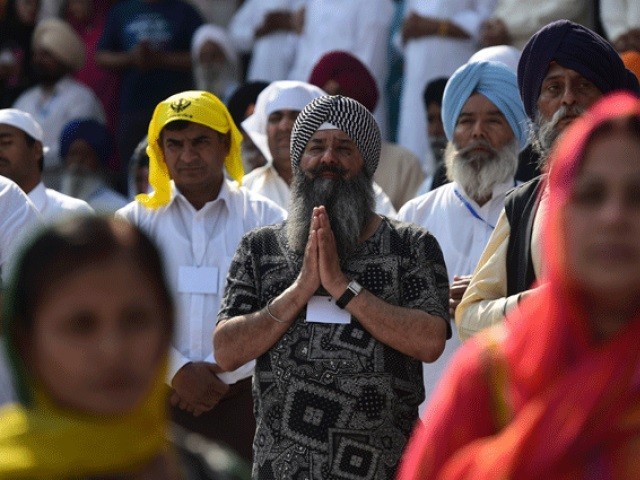 LAHORE: Following an announcement by the Pakistan government of celebrating 550th birthday of Guru Nanak Devji, the founder of the Sikh faith, India has also decided to celebrate the event at the government level.

Members of Pakistani Sikh Gurdwara Parbandhak Committee have also been invited to attend the festivities set to begin from November 23 in the neighbouring country.

Taking similar measures as that of Islamabad, New Delhi has also decided to issue commemorative coin and postage stamp and install a heavy telescope at Darshan point in Indian state Gurdaspur, through which Indian Sikhs will be able to see Darbar Sahab Kartarpur situated in Pakistan.

According to a notification issued by Indian government, different events including kirtan, seminar, symposium and Gurubani will be held to mark the 550th birthday of Guru Nanak Devji.

Indian state television will live telecast all the events. Scholars from Pakistan among other countries will participate in an international seminar on the occasion.

It may be mentioned that Pakistan has already announced celebrating Guru Nanak Devji’s 550th birthday with full fervour. Besides issuing commemorative coin and postage stamp, arrangements have been made to host over 100,000 Sikh pilgrims set to participate in the events scheduled to be held in Pakistan.

Bailout talks with IMF end without a deal