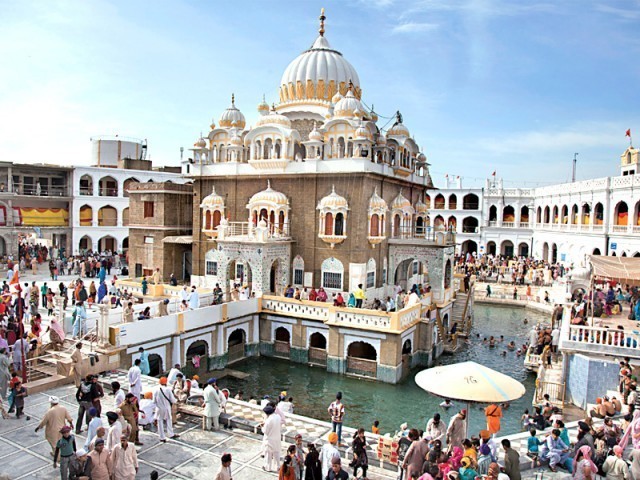 India’s Punjab Assembly passed a unanimous resolution on Monday to take up the issue of opening the border crossing for the 550th birthday celebrations of Guru Nanak.

Bisaria was debriefed regarding the Sikh holy place in Kartarpur, located about 13 kilometres east of Narowal and less than five kilometres from the border with India. 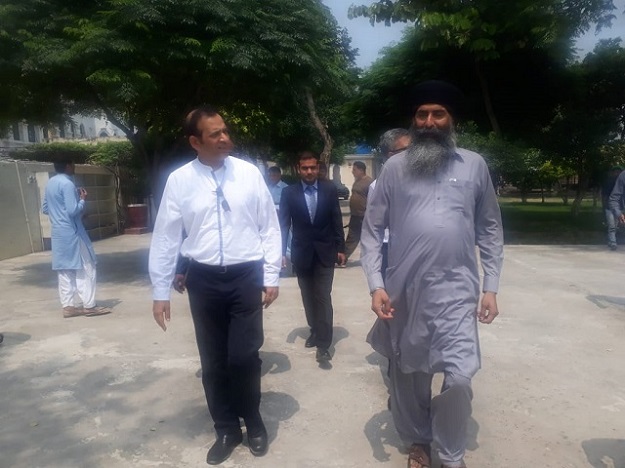 Indian High Commissioner Ajay Basariya visited Pakistan to tour the Kartarpur border as the Indian government resumes talks with Pakistan regarding the opening of the border. PHOTO:FILE

In April, the Evacuee Trust Property Board (ETPB) and the Pakistan Sikh Gurdwara Parbandhak Committee (PSGPC) decided to grant visas to 10,000 Sikhs from India to participate in the 550th birthday celebrations of Baba Guru Nanak.

Pakistani officials have given a green signal to Shiromani committee, the largest representatives of Sikhs, and other small groups to take part in the celebrations.

After mutual consultation, the two bodies decided that the number of pilgrims, in accordance with the 1974 Pakistan-India Protocol on Visits to Religious Shrines, will be increased from 3,000 to 10,000. Further, there will be no restrictions on the number of Sikhs coming to Pakistan from other countries.

Pakistan will issue visas to the Shiromani community and other groups, according to the quota. All such groups will provide a list of pilgrims to EPTB; no other individual apart from these will be granted a visa.

Approximately 0.1 million Sikhs want to visit Pakistan from India, Canada, the United States, Malaysia and several other countries. However, making preparations for and ensuring the security of all attendees on such a large scale is not possible, said an EPTB senior official while speaking to Express News.

However, the final decision on the matter rests with the government and the federal interior ministry.