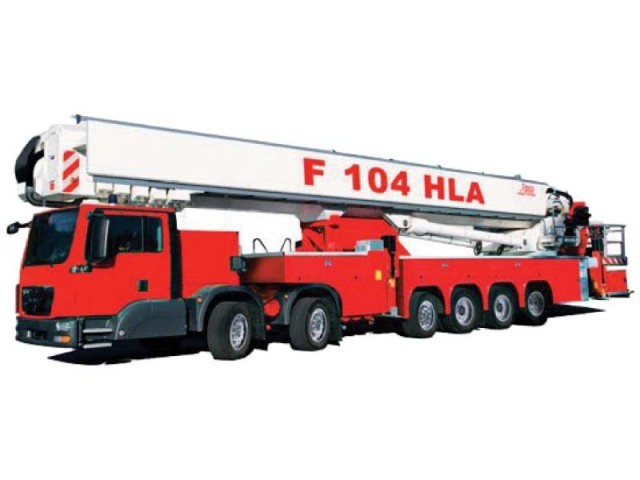 KARACHI: Amid much pomp, the Sindh government handed over a 104-metre snorkel to the Karachi Metropolitan Corporation (KMC) around three weeks ago. At the handing-over ceremony, Chief Minister Syed Murad Ali Shah hailed it as one of the highest snorkels in the world and a much-needed apparatus to navigate fires in high-rise buildings in the city.

What was left unsaid was that the equipment cost taxpayers more than double its actual price.

According to the CM, the snorkel was procured for Rs495 million. Now, before you start counting the zeroes in that figure, let this give you some perspective – the snorkel actually costs Rs210 million.

His words were echoed by the project manager, Khalid Masroor, who said that at least four or five vendors had bid for the contract, out of which the contract was awarded to the bidder with the closest price to Punjab’s purchase. In this case, the winning bid was made by the same company that supplied the snorkel for Lahore.

What either of the officials failed to explain was the discrepancies in the actual price of equipment, as invoiced by Bronto Skylift, and the amount paid for by the Sindh government. The actual cost, according to the Customs clearance document, available with The Express Tribune is around Rs210m. Add to this, the Rs90m in Customs duties and taxes and you have yourself the total amount spent by the contractor to land the equipment in Karachi’s streets.

The local bodies minister, Saeed Ghani, told The Express Tribune that he had inquired from his department the price of the snorkel procured for Lahore. “My department’s officials told me that the snorkel for Lahore cost the same and was delivered at the same time as ours,” he said, claiming that each snorkel was tailor-made to the client’s specifications.

In fact, the duties and taxes could have been avoided altogether had the Sindh government imported the snorkel itself, without involving the middle man. According to Custom’s law, chapter 44 and 99, no duty is imposed on machinery imported by the Sindh or federal governments to facilitate citizens.

When this was pointed out to Soomro, he reasoned that the Sindh government did not have the technical expertise to make such procurements, which is why they contracted them out. “The same is the case in the construction of roads,” he justified. “If we had to operate this way, wouldn’t we make the roads ourselves too, instead of giving them to contractors?”

Even so, how this figure was inflated to Rs495m is beyond anyone’s imagination, save the Sindh government’s.

According to the source, who spoke to The Express Tribune on the condition of anonymity, the Finnish company does not give any kickback or commission on the sale or purchase of equipment. The Sindh government, the source alleged, hence chose to go with a local vendor. In this case, the contract was given to a Meraj Limited.

According to its website, Meraj Limited is a “manufacturer and supplier of special application truck bodies, pump and equipment”. The company, founded in 1976, has supplied equipment to civil authorities, Pakistan’s armed forces and even exports its products to other countries.

In 2009, however, the firm was blacklisted by the Punjab Emergency Service “on account of poor performance”. In an advisory, a copy of which is available with The Express Tribune, the deputy director for procurement, Dr Muhammad Yahya Butt had noted that the “firm had failed to fulfill her contractual obligations, supplied defective vehicles and delayed the repairs”.

In 2015, the firm was embroiled in yet another controversy – this time in Khyber-Pakhtunkhwa – when it was established in a National Accountability Bureau inquiry that Meraj Limited worked in connivance with local government department officials to sell sanitation vehicles and equipment on exorbitant rates. The total loss to the national exchequer, NAB noted, was Rs110m.

Asked why the Sindh government chose to do business with a firm that had such a checkered history, Ghani said he had just taken charge of the department and could not respond to why the local government department had chosen to do so.

When The Express Tribune contacted Meraj Limited for comment, the company’s spokesperson directed all queries related to the project to Soomro.

For his part, Soomro justified that Lahore had given the contract to the same company, therefore it was not blacklisted in the province any longer. “The same company also provides equipment to the army,” he justified.

In December 2016, a petition was filed in the Sindh High Court, seeking an inquiry into alleged corruption in the purchase of a snorkel at an exorbitant rate by the local government department. The petitioner had alleged that the officials will misappropriate the hard-earned money of the tax payers in the shady procurement deal through kickbacks and commissions.

In January 2017, the finance additional secretary of the provincial government had informed the SHC that not a single rupee had been released for the purchase of the 104-metre snorkel as its bid was cancelled.

The very next month, however, the contract was awarded to Meraj Limited, which was to procure the snorkel for Rs495m.

Not fit for use

The vehicle that carries the 104-metre snorkel is 55-foot-long, 8ft wide, 14.6ft high and weighs 65.4 tonnes. According to a senior official in the fire department, the snorkel cannot be used in most areas of Karachi as its dimensions and weight severely restrict its maneuverability and mobility.

“Commercial areas such as II Chundrigar Road, MA Jinnah Road and Saddar as well as densely-populated areas such as North Nazimabad, Nazimabad and Gulshan have narrow streets that are inaccessible with this snorkel,” the fire official told The Express Tribune, speaking on the condition of anonymity.

Soomro rubbished these claims, however, saying that most areas of Clifton and II Chundrigar Road, where high-rise buildings were located, had wide enough roads to accommodate the snorkel.

For all it’s worth, Karachi – this city of over 21 million people – finally has a snorkel. It may have cost the city over double its actual price. It may not be suited to the city’s needs. But the shiny red truck may give the wary citizens a false sense of security that they may be saved in case a fire caught them unawares.