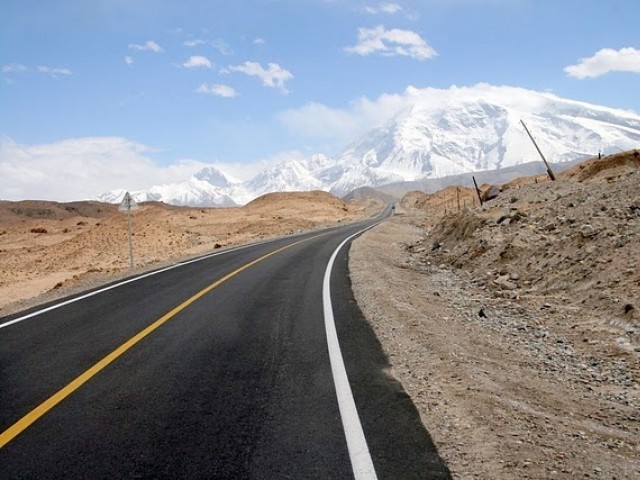 Rescue workers have faced difficulty in reaching the scene of the incident near the Dor Iftitadah Mountain range owing to the terrain and darkness. PHOTO: AFP/FILE

PESHAWAR: At least 17 people were killed when a bus fell into a ravine on the Karakoram Highway on Sunday.

According to details issued by DC Kohistan Hamidur Rehman, a passenger coach was en-route to the garrison city of Rawalpindi from Gilgit-Baltistan’s Ghazr area when it plunged from high depth mountainous terrains of Karakoram Highway into the Indus River.

The van had 18 people on board – only one woman miraculously survived the accident.

The district administration, police and rescue teams arranged cranes to lift the bodies and move them to a hospital. Rescue workers faced difficulty in reaching the scene of the accident owing to the terrain and darkness.

The incident took place within the Lotar Police Station.

Seven burnt to death in hellish accident in Mach

Earlier on October 23, seven people were burnt to death while four others received burn injuries after a van carrying smuggled oil had collided with a truck in the Mach area of Bolan district. The deceased included two brothers while two policemen injured in the incident.

Three other nearby vehicles were also burnt to a crisp.

“Three vans (including the one carrying smuggled oil), a car and a truck (with which the van collided) were completely torched in the accident.”