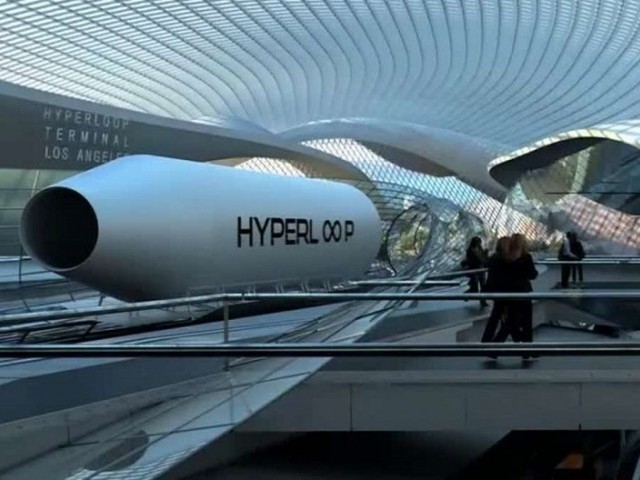 Hyperloop will make it possible to travel 380 miles in 35 minutes. PHOTO: REUTERS.

Elon Musk’s Hyperloop ultra high-speed transport system will be unveiled in Los Angeles in early December with free test rides to the public, the entrepreneur announced.

Responding to comments on Twitter, Musk said there would be an opening event that night and “free rides for the public next day.”

Musk’s venture, “The Boring Company,” has been pushing the underground system as a futuristic concept that could radically speed transport within and between cities.

In another tweeted response, Musk said the test tunnel has a top speed of 155 miles per hour (250 kilometers).

Supporters of the technology have discussed a vision where a trip between Los Angeles and San Francisco might take 30 minutes instead of five or six hours.

A hyperloop is a shuttle pod that travels on magnetic rails, somewhat like a train, but which runs in a tube with little or no air. In theory, hyperloops could allow travel faster than the speed of sound.

In a presentation in Los Angeles in May, Musk said vehicles could reach downtown LA from its international airport in under 10 minutes, with a long-term objective of reaching over 300 miles an hour.

Hyperloop is one of Musk’s envelope-pushing ventures, along with SpaceX and Tesla Motors. Shares of Tesla have fallen more than 30 per cent since August 7, when he infamously tweeted that he had funding lined up to take Tesla private.

He subsequently paid a $20 million fine to settle after the US Securities and Exchange Commission accused the entrepreneur of fraud.

Another visionary entrepreneur, Richard Branson, who like Musk also is involved in space travel, is backing a Virgin Hyperloop One which has been testing in Nevada and opened a research center in southern Spain.

Virgin Hyperloop One confirmed on Monday that Branson is stepping down from its board of directors, saying the company “needs a more hands-on chairman.”

Branson’s seat on the board will go to another Virgin Group executive.

No mention was made of a decision last week by Branson to suspend two directorships linked to tourism projects in Saudi Arabia following the unexplained disappearance in Turkey of Saudi journalist Jamal Khashoggi.

In a statement last week, Branson said also that his Virgin group would suspend discussions with Saudi Arabia over proposed investment in Virgin Galactic, which is set to carry out its first space flight within weeks.

“What has reportedly happened in Turkey around the disappearance of journalist Jamal Khashoggi, if proved true, would clearly change the ability of any of us in the West to do business with the Saudi government,” Branson said.

Several startups have also taken to pursuing the hyperloop idea after its feasibility was shared publicly in a white paper released by Musk about five years ago.

Canadian company Transpod is working to begin testing the system in France.