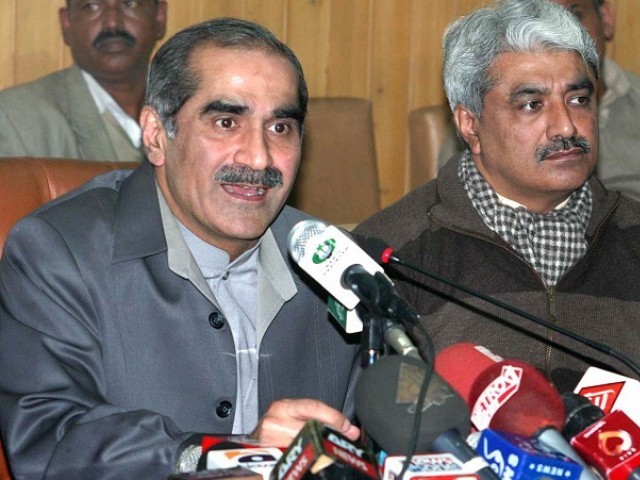 Former PML-N lawmaker from Punjab Qaiser Amin Butt’s name has also been added in the black list of the passport and immigration department, Express News reported.

Saad Rafique and his brother have been summoned by National Accountability Bureau on October 16 for questioning in the Paragon City scandal.

According to a notification issued by the passport office on Friday, all three individuals will not be granted passport facilities without prior approval of the directorate general.

The DG NAB Lahore had requested the DGIP to blacklist the passports of the PML-N leaders. The corruption watchdog had also submitted an application to put their names on the Exit Control List (ECL).

Earlier on Thursday, the Islamabad High Court had dismissed petitions of the former railways minister and his brother Salman who sought protective bails in anticipation of their possible arrest by NAB in the Paragon City scam and other cases.

The Rafique brothers had nominated NAB chairman and director general at NAB complex in Lahore as respondents in their appeal.

The PML-N leader, while referring to the PML-N chief Shehbaz Sharif’s arrest, said NAB “chairman and officials subordinate to him are acting like an agent for the present regime.” Referring to the same event but with a little change, his brother said the “bureau is abusing the process of law for political victimisation.”