A 17-member task force is the first step in the initia­tive
By   Danish Hussain
Published: October 10, 2018
Tweet Email 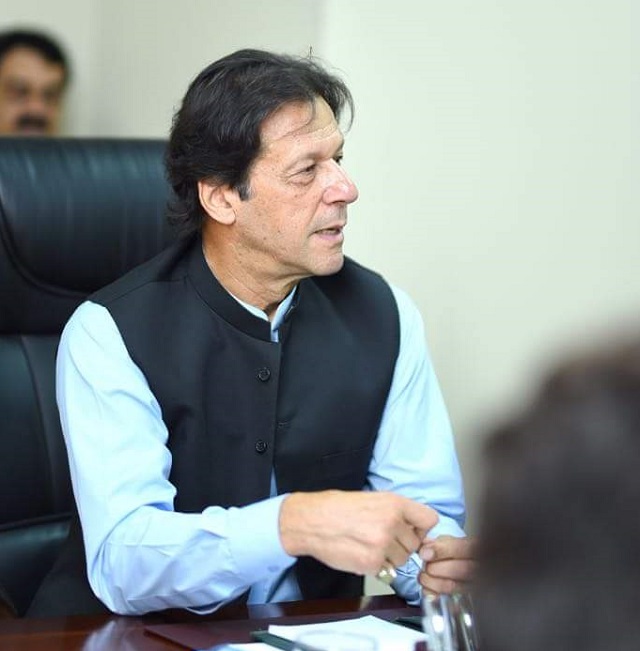 The prime minister hoped that the successful implementation of the programme would not only boost the country’s economy but also create immense job opportunities.

We have launched our most ambitious, landmark housing policy of building 5mn homes in 5 yrs. InshaAllah this will provide affordable houses for our less privileged strata of society, plus 6mn jobs, create demand in 40 industries directly involved in house building & attract FDI.

The government would provide the required land for the project and play the role of a regulator and facilitator to address bottlenecks to provide an enabling environment through the one-window facilitation centre for public and private sectors and non-profit organisations who would execute the project.

The prime minister said soon after the government announced the five million housing project, foreign construction companies started approaching the relevant authorities in the country to become part of the project.

“Even one country expressed its intention to invest up to $20 billion in this project,” the prime minister revealed.

He said the government would target ordinary Pakistanis who never even imagined in the past to have a house of their own and they will directly benefit from this programme.

The prime minister announced setting up of an apex body named the Naya Pakistan Housing Authority to create one-window facility to facilitate and regulate the private sector.

Imran said he would himself oversee the operations of the proposed authority that will be set up in the next 90 days.

However, till the proposed authority starts formal work, a 17-member taskforce with the private sector in the lead role will look after the project’s affairs.

The prime minister also announced setting up of land bank within the next two months, saying suitable land sites were available with the federal and provincial governments, local bodies and private sectors and in areas occupied by slums.

He said the government would facilitate the project with regard to the provision of land. He said on existing slums, vertical buildings will be constructed and residents of slums would be given ownership rights there.

The prime minister said it was a demand-driven initiate and; therefore, with the help of the country’s database authority the data bank of potential beneficiaries of the project will be developed.

He said the registration process will be started initially in seven districts. People will be asked to submit forms at designated sites of Nadra from October 22.

He said the exercise would be aimed to get exact knowledge of demand in different areas across the country.

The prime minister said applicants would be asked basic information like where they want to live and how much money they can pay per month in return for obtainging the house loan.

The prime minister lamented that only rich can afford to purchase or construct houses in the country and “due to impediments in our legal structure, obtaining loans to construct houses by lower income groups is very difficult”.

“The government housing policy will remove all the impediments that hinder Pakistanis to avail loan facility to construct or purchase houses,” Imran announced.

The financial model of the project, which is yet to be fianlised, provides for the provision of mortgage facility to buyers with a repayment plan of up to 20 years.

Moreover, the government plans to raise funds through the issuance of sub-sovereign bonds, municipality housing or Sukuk bonds.

The finance ministry has been asked to finalise a complete financial model of the project in the next two months.

He said the government housing projects fail in Pakistan due to the absence of a proper mortgage finance model in the country.

The prime minister said with the help of the State Bank of Pakistan, a National Financial Regulatory Body would be established in two months to regulate and facilitate the financial loans.

Talking about the necessary legal framework for the project, the prime minister said the law ministry would do the necessary work to determine the legal status of available land and necessary foreclosure and eviction laws in the next two months.

The prime minister said the construction industry would create jobs for unemployed youth of the country, while it would directly benefit some 40 industries.

“I want the younger generation to start their own construction firms and companies. The government will also initiate skill development programmes related to the construction industry for the youth,” he said.

He said investment in the construction industry was considered the safest across the world and it will help boost GDP growth.

He said there is a shortfall of 10 million houses in the country while annual housing demand is around 0.7 million units.

He said the houses would not only be constructed in major cities but also in villages.