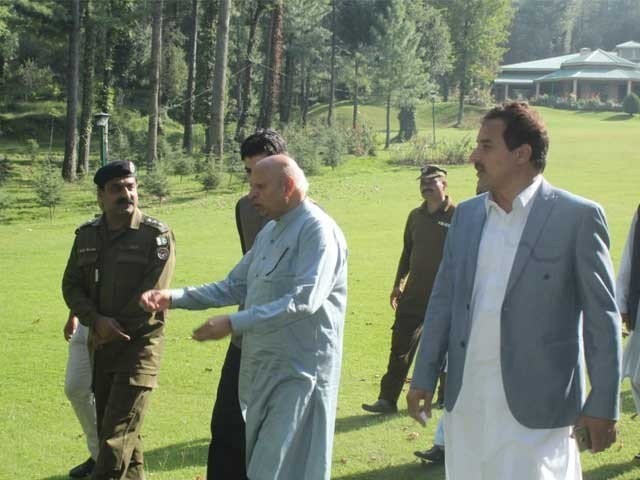 Sarwar toured the Murree residence and gave out the orders in this regard. PHOTO: EXPRESS

On the orders of the Punjab Governor Chaudhry Muhammad Sarwar, the Murree Government House has been opened for public, Express News reported on Sunday.

Based on the directives of Prime Minister Imran Khan, this is the second official residence to be made public by the the government after the Governor House Sindh.

Sarwar toured the Murree house and gave out the orders in this regard.

“Now general public can visit here from 10am to 6pm every day,” the PTI leader was quoted as saying.

In 2016, the former government in Punjab had wasted Rs400 million in renovation of the Murree house after the cancellation of 19th summit of the South Asian Association for Regional Cooperation (Saarc).

The PML-N government had renovated the entire exterior as well as the interior décor of the historic building of early post-modern architecture with a mix of Edwardian character.

The decision to open the official residence for public comes two days after a similar episode in Sindh. Governor Imran Ismail on Thursday said that families are now allowed to enter the Governor House from its Gate 1 after showing their national identity cards.

The visitors are allowed to see Quaid-e-Azam Muhammad Ali Jinnah’s office inside the premises, which also houses some belongings of the father of nation. They are also allowed to walk in the Governor House’s lawn.