Contempt of court: In the land of Bhutto, land mafia rules the roost

Contempt of court: In the land of Bhutto, land mafia rules the roost 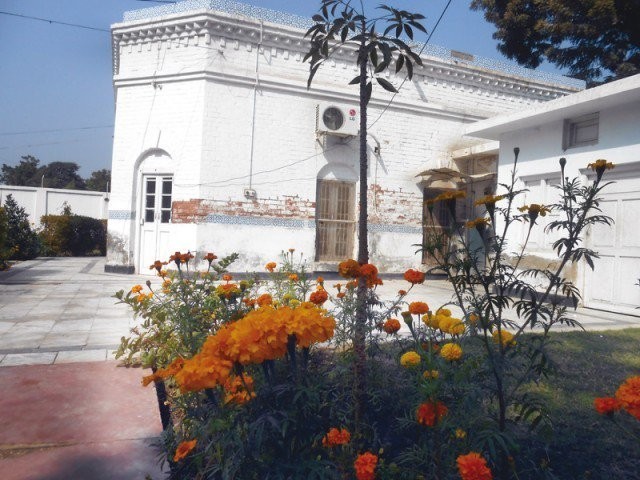 KARACHI: The Larkana district administration has failed to comply with the Supreme Court’s directives to remove the encroachments on the property of Larkana Ladies Club, which has been encroached upon by the land mafia, despite the passage of three years.

Emboldened by the authorities’ inaction, the encroachers have now started illegally occupying other valuable tracts of land in the city and its adjoining areas.

Days after a report of the alleged encroachment in the Larkana Ladies Club appeared in The Express Tribune, the then Chief Justice of the Supreme Court of Pakistan Justice Nasirul Mulk had taken suo motu notice of the case and directed officials to get the club’s property vacated.

“Only two shops, which had been illegally constructed around 30 years ago, have been evacuated. The club is now getting monthly rent from these shops,” Dr Sabiha Mughal, the club’s chairperson, told The Express Tribune. “But the hotel built on the club’s premises
has yet to be removed.”

Dr Mughal added that the club’s members, who belong to various professions, have been running from pillar to post for the implementation of the court order, but their efforts have yet to bear fruit.  In fact, the hotel has now started an expansion project.

A club for the ladies

The Gomibai Jawaharmal Ladies Club was built by a Hindu deputy collector, who named it after his sister. It was officially inaugurated on January 3, 1934, by Mrs RE Gibson, the wife of a senior British bureaucrat.

The club, which is a significant part of Larkana’s heritage, has hosted some famous guests in its time. “This is the very club Rana Liaquat Ali Khan visited on several occasions after the launch of the All Pakistan Women Association,” said Dr Mughal. “Members of this club also gave a reception to Lady Mountbatten.”

Currently, the club has around 107 members and runs without any financial support from the government. Its governing and management committee manages its affairs with the help of the annual membership fee.

“Once upon a time, women belonging to the Sindhi, Urduspeaking and even Christian communities used to partake in cultural activities here,” recalled Zulfikar Rajpar, a local journalist. “Many Hindu families have since migrated to India.

The Urdu-speaking community has largely shifted to Karachi, leaving behind only Sindhi women, belonging to the middle and upper classes to partake in the activities,” he said, adding that the powerful land mafia has encroached a number of amenity plots in Larkana and no one dares take any action.

The latest casualty of this greed is a 100-acre tract of land, belonging to a doctor couple, who had purchased it to build a charitable hospital. The same network of land grabbers, which is involved in the encroachment of the Ladies Club land, has allegedly occupied the doctors’ plot, where a petrol pump is being set up.

According to locals, there are also plans to develop a housing scheme on the land.

Dr Bhagwant Devi Pathai, a retired professor and head of Gynecology and Obstetrics at Chandka Medical College, Larkana, has lodged several complaints with the authorities, appealing to take action against the illegal occupation. The complaints have fallen on deaf ears.

“I have spent 38 years of my life serving people and teaching students. My husband is a child specialist,” said Dr Pathai. “We had hoped to run a charitable hospital in the city and purchased this land in 1997 through a registered sale deed in Deh Wah Nabi Bux Tapo Abra, adjacent to Larkana city, but these cruel people have occupied it,” she said, alleging that a local leader of Pakistan Peoples Party (PPP), Haji Gahno Khan Jatoi, and his son, Mashooque Ali Jatoi, have occupied her land.

“The same people have also occupied Jinnah Bagh in the city,” she alleged, adding that they had approached the deputy commissioner, Sindh chief minister, President of Pakistan, prime minister and other officials, but had yet to hear back from anyone.

In his defence, Mashooque Jatoi denied illegally occupying Dr Pathai’s land. “They had purchased the land from us in 1997, but could not pay on time so we reserve the right to take the land back,” he said, “They gave us bounced cheques too,” claimed Mashooque. “Several inquiries have been conducted on his issue,” he said, questioning why the couple had not taken the matter to court.

When asked about the encroachment on the land of the Ladies Club, where his family has built the hotel, Jatoi said, “Officials of the revenue department have also investigated the matter. The hotel is not in the limits of the Ladies Club,” he said, adding that all the allegations against them were baseless.

Dr Mughal insisted, however, that the land on which the hotel stands is part of Ladies Club property. “The district administration has submitted the map according to which, the hotel falls within the limits of the Ladies Club,” she said. For his part, Larkana Deputy Commissioner Mohammad Noman Saddique told The Express Tribune that the issue of Ladies Club is now under the domain of the AntiEncroachment Cell.”I have just taken over the charge and this is what the administration has informed me,” he said.

On Dr Pathai’s case, Saddique said, “There has been a dispute on the property and the matter is now in the civil court. I can’t comment on it. We are waiting for the court verdict.”

Mithi: An oasis of Muslim-Hindu tolerance