Offici­als at Lahore Zoo have confir­med that the paperw­ork for the projec­t has largel­y been comple­ted
By Asif Mahmood
Published: October 8, 2018
Tweet Email 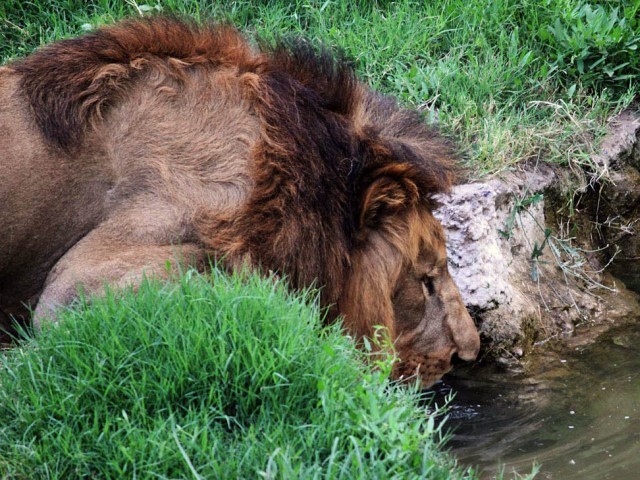 The Punjab government has decided to release a fund of Rs200 million to transform Lahore Zoo into the province’s model facility of its kind. The recreational facility would be developed and improved on Singaporean standards.

It was said that more animals and bird species will also be added to the facility.

According to Punjab Wildlife officials, the new government has decided to upgrade Lahore Zoo in line with modern standards. As per the plan, the zoo will have facilities similar to the zoos of Singapore.

Provincial Minister for Forest and Wildlife Malik Sibtain Khan has directed the department to prepare a PC-1 of the proposal. The funds will be used to replace the cages of animals and birds, while a new elephant habitat will also be constructed. The rest of the amount will be utilised to construct water storage tanks and an education centre to spread learning and awareness related to wild animals and birds.

Officials at Lahore Zoo have confirmed that the provincial government has given the green signal for modernisation of the zoo and the paperwork for the project has largely been completed. The zoo will see various development works, while new animals and bird species will be added. A parking space will also be constructed at the recreational spot. The PC-1 of the project is expected to get approval within the current month.

Lahore Zoo has around 136 different kinds of animals. In total, there are 996 birds of various origin, 49 amphibians representing eight animal species and 45 mammals.

The upgrade will also involve the installation of cameras to ensure the safety and monitoring of animals during night time. About Rs3.5 million will be spent on procuring 60-night vision cameras.

According to Lahore Zoo administration, the provincial wildlife department is being operated in the absence of a secretary and director general. The management void has been causing delays in the development work, while plans for the purchase of new animals and birds are also being delayed. “The government is releasing development funds for the public facility and it is hoped that a decision to fill two critical positions at the wildlife department will also be taken soon.”