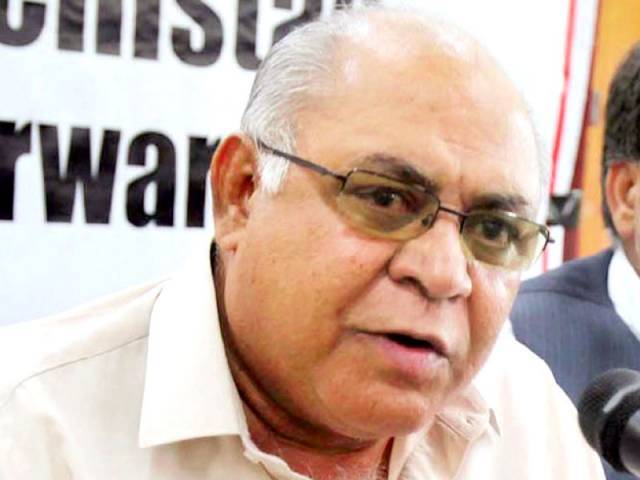 SIBI: National Party (NP) Chairman Hasil Khan Bizenjo has alleged that they were punished in the general elections 2018 due to their support for Pakistan Muslim League-Nawaz (PML-N) supremo Nawaz Sharif.

“The 2018 elections were rigged,” said the NP chief while addressing a workers convention in Sibi on Thursday.

Bizenjo said, “Conspiracies are being hatched to push NP against the wall.”

Bizenjo pointed out that after the 18th Amendment, the provincial autonomy over the resources had so far not been accepted and those who had coined the agreement of recovering missing persons and ensuring the return of Afghan refugees had been exposed.

“Akhtar Mengal is trying to deceive the people of Balochistan by keeping them in the dark. The incumbent government is a model of technocrat set-up,” he said while taking a jibe at the Balochistan National Party-Mengal chief.

He also said that those who made promises to obtain votes would not even show their faces for the next five years.

He termed the NP as being the last beacon of hope for the people of Balochistan.

Asking his party workers to prepare for the central council session, he called the workers assets.

“Resolution of issues is not possible without political awareness and democratic strength,” he added.

Earlier, the party workers accorded a warm welcome to the central leaders.

They were escorted in the form of a rally to the circuit house.

The leaders of the party termed the July 25 elections as the most rigged elections in the history of the country, calling them unjust and partial.

They alleged that favourite parties were given priority through pre-engineered rigging which was tantamount to destroying democracy.

Speakers claimed that the party was offered seats in return for abandoning Sharif but they stuck to their principle stance for the survival of democracy because “politics is not merely about entering the assemblies, it is about working within the Constitution and legal framework”.