Will the real Bhutto please stand up?

Will the real Bhutto please stand up?

In budget sessio­n, Sindh’s lawmak­ers quibbl­e over who has the right to repres­ent the Bhutto clan
By Hafeez Tunio
Published: September 29, 2018
Tweet Email 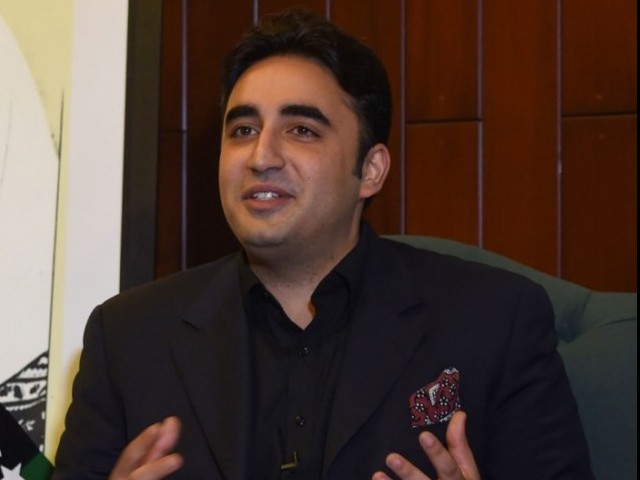 KARACHI: On the fifth day of the budget session that has seen a week of mud-slinging and crass discourse from the province’s elected representatives, one major source of contention was, “Who is the real Bhutto?”

Tahira Dua Bhutto, the Pakistan Tehreek-e-Insaf MPA from Larkana, claimed in her budget speech that she was the “real Bhutto representing the Bhutto clan in Sindh”, casting doubt over the Pakistan Peoples Party chairperson’s middle name.

The treasury members, who were until this point, patiently listening to the budget speeches, grew incensed at the remarks. “Janab speaker, in the name of Bhutto, they have looted and plundered the resources. Roti, Kapara aur Makaan was the PPP founder Zulfikar Ali Bhutto’s vision, but they work totally against it,” she said, without paying heed to the protesting lawmakers. Defending their colleague, PTI lawmakers also stood up from their seats and requested the speaker to bring the House in order.

Speaker Agha Siraj Durrani asked the PPP members to await their turn. Bhutto was allowed to continue her speech. “They have given nothing but contaminated water to the province,” she said.  The speech soon turned into a shouting contest, when the PTI MPA claimed that ten people had died of rabies after being bitten by stray dogs. At this, several PPP members started shouting “Shero, Shero”, in reference to the name of Prime Minister Imran Khan’s pet dog.

When it was his turn to speak, PPP MPA Mumtaz Jakhrani in an emotionally-charged speech, said, “The PTI MPA is calling herself Bhutto which is not true. She is a fake Bhutto. I can assure this House that the Bhutto surname is not even mentioned on her identity card and other certificates,” he said. He added that that Bhutto was not merely a name, but the legacy of leaders who had sacrificed their lives for democracy. “Everyone can’t be Bhutto,” he said.

Before the session commenced, the speaker had convened a meeting of the parliamentary leaders of all parties to discuss the issue of insulting remarks by various lawmakers on the floor of the House. Soon after the session began, Opposition Leader Firdous Shamim Naqvi and PPP’s Nasir Shah apologised on behalf of the treasury and opposition benches for the derogatory remarks.

During the debate, Grand Democratic Alliance (GDA) MPA Nand Kumar Goklani informed the House that Sanghar was richest district of the province in terms of gas reservoirs, but it did not even have a single fire tender to extinguish fires in case of emergency. “Sindh contributes more than 70% to the oil and gas sector in Pakistan and 50% of these gas reservoirs are in Sanghar,” he said, adding that there was only one fire tender which had been lying idle for years.  According to Kumar, the villages located on the edge of gas fields had been denied the gas facility.

The GDA MPA raised the issue of lack of health facilities, decrying that 100 doctors were posted in the district, of whom hardly 20 showed up to work. He, however, appreciated the PPP for developing roads and for supporting the Hindu Marriage Act.

The eulogy ended as soon as Muttahida Qaumi Movement-Pakistan’s Mangla Sharma got the chance to speak. “The [Hindu Marriage Act] law has been passed, but the government is yet to make its rules.” She added that Hindu girls were forced to convert and no one took notice of it.

PPP’s Lal Chand Ukrani criticised PM Imran Khan over his statement about granting nationality to Afghans and Bengalis. “Sindh will not accept it. We suggest the prime minister to make a law to grant nationality to illegal immigrants living in Punjab and KP,” he said.

Jam Khan Shoro of PPP expressed dismay over the content of his colleagues’ speeches, saying everyone was simply criticising the other, but no one was willing to talk about the budget. “Please discuss the total revenue expenditure, development portfolios and taxation,” he said, adding that the PTI government had not even included a single scheme for Sindh in its public sector development programme. “The federal government has allocated budgetary provisions for Punjab and KP’s industries, but has not earmarked a single penny for Karachi,” he said.

MQM’s Khawaja Izharul Hassan, paying tribute to Mohajirs, who had chosen Pakistan at the time of partition, said, “Pakistan has come into being because of their sacrifices”. His rebuke was in response to PPP MPA Sohail Anwar Siyal’s statement a day earlier, when he had said that ‘Sindh gave Mohajirs “grain” and shelter when they migrated after Partition’.

With regard to the budget, Hassan said, “In the last ten years, the rich have become richer and poor get poorer.” He added that the PPP government had not spared a single item from the imposition of taxes. “From books to beauty parlours, everything is under the tax net,” he said.

Referring to the PPP’s protest against the federal government for not releasing funds to the province under the NFC award, he said, “Karachi contributes over 70 per cent of the total revenue. We want to know what they have given to Karachi,” he said, adding that Sindh government representatives were talking about the NFC award, but were reluctant to announce provincial finance award to distribute resources among districts. Later, the speaker adjourned the session till today (Saturday).