Corruption will not be tolerated: NAB DG

Corruption will not be tolerated: NAB DG 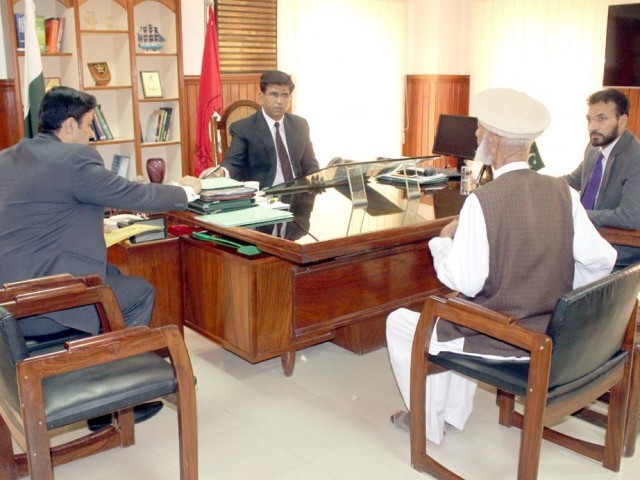 QUETTA: National Accountability Bureau (NAB) Balochistan Director General Mirza Muhammad Irfan Baig has vowed to purge corruption and resume merit in Balochistan, urging the public to come forward and point out corrupt elements so that they could be brought to the courts.
“We can’t tolerate any form of corruption,” said the director general while addressing an open court at the NAB Office on Thursday.
The open court has been held on the directions of NAB Chairman Justice (retd) Javed Iqbal.

Baig said, “All corruption complaints will be addressed on priority basis because Pakistan can’t move forward till the menace of corruption exists in our country.”
A large number of people from across the province participated in the open court, lodging complaints against government officials asking for bribes.
Acting upon the complaints, the NAB Balochistan DG issued orders to take action on numerous applications.
He directed the NAB officials to probe the allegations.
Vowing immediate action against corrupt elements taking into consideration all legalities, Baig said, “Eliminating corruption in Pakistan has become our moral duty. NAB will make all-out efforts to launch action against corrupt elements.”