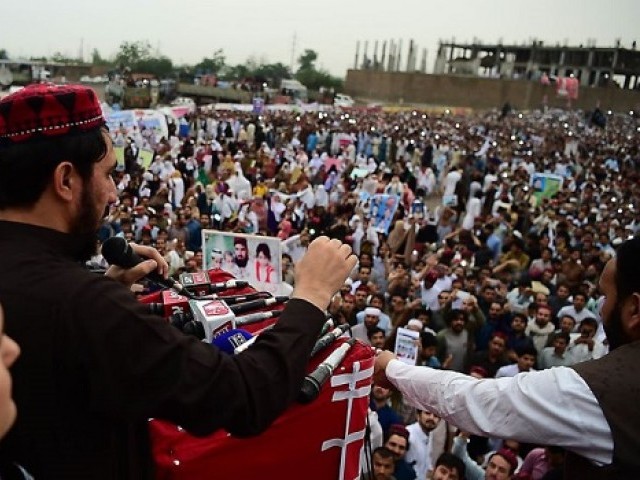 The PTM members were booked for arranging protests against the state institutions and other government agencies. A first information report (FIR) was earlier lodged with Kohsar police against PTM workers for shouting slogans against the Army and Pakistan.

A special prosecutor submitted a statement on behalf of the government official praying for the withdrawal of the case.

Earlier in September, authorities in Khyber-Pakhtunkhwa ordered the arrest of PTM leader Manzoor Pashteen, MNA Ali Wazir and six others.

Police in Swabi had confirmed that SP Investigation wrote to the political agents of North and South Waziristan seeking arrest of the PTM leaders.

According to the FIR, PTM workers held a gathering at cricket stadium in Swabi’s Shah Mansoor Town without required NOC from authorities. In the jalsa, the PTM chief and others are reported to hae made contemptuous statements against state institutions.