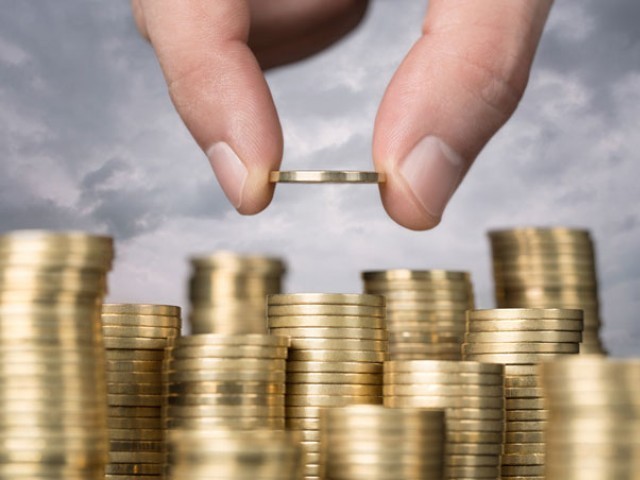 KARACHI: The Auditor-General of Pakistan (AGP) has found financial irregularities, misappropriation, embezzlement, fraud, and theft in public funds to the tune of Rs.292.85 billion in 34 departments of the government of Sindh.

The official report, available with The Express Tribune reveals that of the 292.85b worth of irregularities and losses, an amount of 71.5b was lost due to violation of rules and regulations, 921.9 million due to fraud, theft and misuse of public resources, 822 million in accounting errors, 7.75b due to weakness of internal control systems. Another 19.12b was lost due to irregularities in recoveries and overpayments while various departments failed to produce records pertaining to a collectively calculated expenditure of 114b.

The report notes that the total outlay of the provincial government’s budget for fiscal year, 2016-17 was Rs1049.4 billion, of which the non-development budget was Rs765.6 billion and development budget was Rs283.77b. At the end of the year, the actual accounted expenditure stood at Rs863.4b, while the remaining was unaccounted for, according to the AG’s report.

The AG has identified the largest irregularities in the food department, where Rs77.6b have been highlighted in the observations.

The report reveals that around Rs322.1m were embezzled in the purchase of jute bags and fumigation material. Another Rs4968.96m were wasted in storing wheat in an open space, while wheat stock worth Rs1,258.2m was lying in procurement centres in District Dadu, Jacobabad, Khairpur and Karachi, but the physical verification of the stock was not carried out.

Of this amount, Rs5.95b was shown to have been spent on various works, which was termed by AG as ‘doubtful’. Another expense worth Rs12.13b marked for various development work has been spent without approval from the procurement committee.

At least 22 departments of the provincial government spent Rs2.3b without calling tenders in violation of the rules. These include contracts worth Rs4.3m by the agriculture department, a Rs75m contract by the BoR, Rs2.51m by the CM Secretariat, Rs4.14m by the college education department and Rs70m by the school education department.

The audit report also reveals that 56 vehicles of the provincial government were allocated to inadmissible persons such as politicians and influential federal officials. One such vehicle, bearing GS5440 registration plates, was allocated to former prime minister and Pakistan Peoples Party leader Yousuf Raza Gilani. Another vehicle, registered as GSD-542, was allotted to former prime minister Raja Pervaiz Ashraf. PPP leaders Dr Qayyum Soomro and Shagufta Jumani also received government vehicles, as did Jam Mashooq Ali, a former adviser to the prime minister. The list of the beneficiaries goes on and includes politicians and officials of other parties such as the Jamiat Ulema-e-Islam-Fazl chief Fazlur Rehman and the Balochistan and Gilgit Baltistan chief ministers.

According to the audit report 2017-18, the record of expenditures to the tune of almost Rs114b was not produced for audit.

Murad censures PM’s decision to give citizenship to ‘aliens’