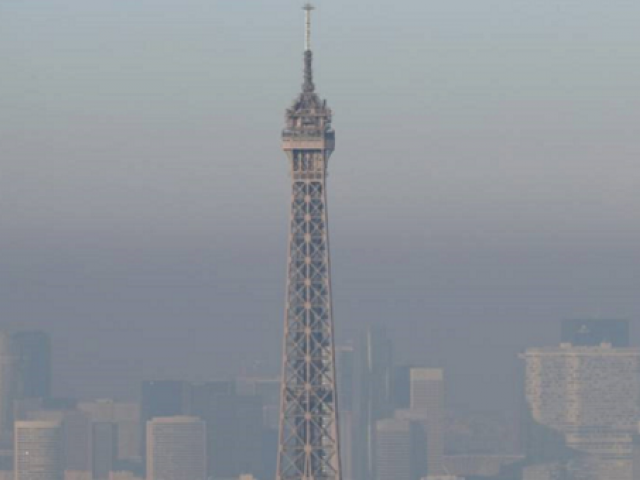 Pollution's toll on health in Bulgaria; eastern European countries is even worse than in Asian giants China and India. PHOTO: AFP/ FILE

The European Court of Auditors (ECA), the European Union body which scrutinises how the bloc spends its budget, said pollution’s toll on health in Bulgaria and other eastern European countries was even worse than in Asian giants China and India.

It said the failures in the 28-nation bloc were all the more glaring as some EU guidelines were weaker than those suggested by the World Health Organisation.

“Air pollution is the biggest environmental risk to health in the European Union,” said Janusz Wojciechowski, the member of the Luxembourg-based ECA responsible for the report.

“In recent decades, EU policies have contributed to emission reductions, but air quality has not improved at the same rate and there are still considerable impacts on public health,” he added.

The report blamed most of the 400,000 premature annual deaths in the bloc on high levels of particulate matter, nitrogen dioxide and ground level ozone.

It presented a chart showing that Bulgaria, the Czech Republic, Latvia and Hungary suffer higher numbers of “lost years of healthy life from ambient air pollution” than China and India, which have drawn most of the global attention.

The damage to health in Romania was slightly better than China’s but worse than India’s, the chart showed. Lithuania and Poland were not far behind.

The study cited WHO figures for 2012 where Bulgaria had nearly 2.5 lost years of healthy life for every 100 inhabitants and Hungary around 1.8, compared with 1.7 lost years for China and about 1.6 for India.

The ECA, which looks for wasteful spending, said direct EU funding can boost air quality, but added that funded projects “were not always sufficiently well targeted.”

It also warned that air pollution may be worse than estimated because it may not have been monitored in the right places.

In May, the commission took Germany, Britain, France, Italy, Hungary and Romania to the bloc’s highest court for failing to comply with EU air quality standards.

The European Court of Justice, based in Luxembourg, can impose heavy fines.

The campaigning group Transport and Environment warned: “The new report is yet another wake-up call for the EU to seriously tackle the air pollution crisis we face every day.”

The auditors are sending the report to the member states and the European Parliament, recommending updating 20-year-old standards, attaching air quality to other EU policies and boosting public awareness of the problem.