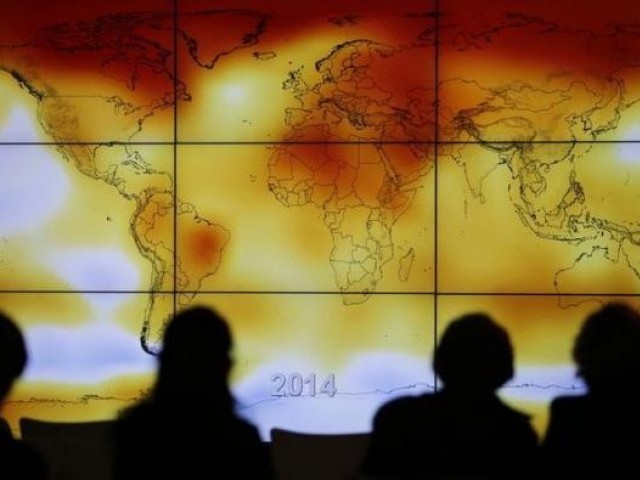 SYDNEY: Pacific island nations declared climate change to be their “single greatest threat”, urging Washington to return to the Paris Agreement on climate, just as Western powers seek to check China’s rising influence in the region.

Australia, which has backed away from its own commitment to Paris without exiting the pact, was among the 18 nations of the Pacific Islands Forum that made the call at a meeting of leaders on the tiny island state of Nauru.

“Climate change presents the single greatest threat to the livelihood, security and well-being of Pacific people,” the leaders said in a communique, asking the United States to return to the climate pact. “The aspiration is for the US to be in the Paris Agreement again, because we cannot have comprehensive robust emission reduction unless the biggest emitter of greenhouse gas is there in the process, we cannot leave the US out,” Enele Sopoaga, the prime minister of Tuvalu, told a news conference.

However, participants said one country would not agree to even stronger language in the communique, and Sopoaga made clear which it was, although he stopped short of naming it.

“The name of the qualifier [started with] alphabetical A, capital A,” Sopoaga told Wednesday’s news conference, held after the leaders’ meeting.

No forum member’s name, apart from Australia’s, begins with the letter ‘A’. A spokesperson for Australia’s foreign minister had no immediate response.

The demand for action over the low-lying islands of the Pacific, seen as the front line of global climate change, comes as rising sea levels and other climate-related crises force residents to move to higher ground. Against this backdrop, China’s vocal support for tackling global warming aids its drive to win allies and influence in the strategically significant and resource-rich area.

US President Donald Trump, who has called climate change a hoax, pulled the United States out of the Paris Agreement in 2017, saying it favoured other countries and put the United States at a disadvantage. Climate change is domestic political dynamite in Australia, one of the world’s largest coal exporters, which has also sought to push back against China’s influence in the Pacific.

“If that cap is not reached, there are going to be serious problems on islands like Tuvalu,” Sopoaga said, citing an estimate of island submergence by 2030 from the US Geological Survey.

“2030 is not far away, our grandchildren would still be growing up and the islands of Tuvalu and Kiribati and, maybe, part of Nauru would be submerged.”