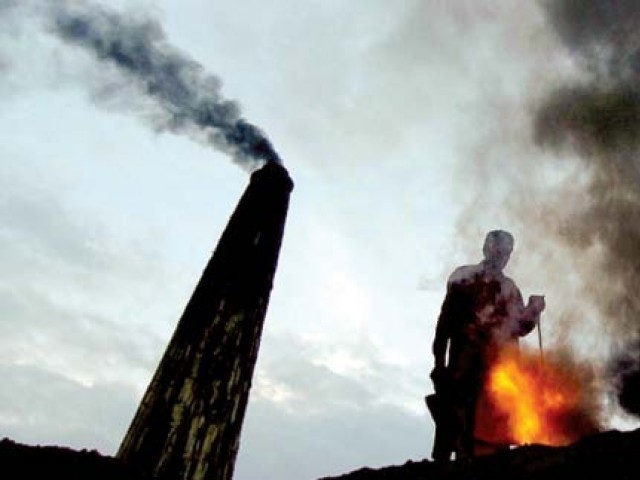 MULTAN: International experts on Sunday stressed kiln owners to adopt new zigzag technology as was not only environment-friendly but also cost-effective.

International experts from Nepal Resma Dixit, Raj Kumar, Syuas Prajapots and Syama Maharjan were of the view that the zigzag brick-kiln technology reduces 40% coal consumption for baking of bricks and similarly, it also offers 90% top quality bricks compared with 70% secured through conventional methods. They were speaking at a workshop, held on environmental issues and modern brick kilns technology. The workshop was jointly organised by the Environment Protection Department Punjab, International Centre for Integrated Mountain Development (ICIMOD), National Energy Efficiency and Conservation Authority (NEECA) and Pakistan Brick Kiln Association at a local hotel.

The experts said the world was adopting zigzag technology in kilns. They said the new technology was cheap as it reduces over 40% coal consumption. In Pakistan, there are over 20,000 kilns and these were causing huge pollution.

Nepali expert Resma Dixit said baking of 1,000 bricks used to add two kilograms of smoke to the atmosphere in traditional style brick kilns, while it could be reduced to 400 grams only by adopting the zigzag technology. Technical Manager Asad Mehmood said the NEECA was working on the efficient use of energy and coal is important sources for producing energy in the country. “Coal is used in brick kiln industry so the NEECA was facilitating the Environment Protection Department to check rising pollution in the atmosphere. ICIMOD Country Representative Abdul Wahid Jasra said the international body was working in eight countries including Pakistan, Bangladesh, India, Bhutan, Nepal, Burma, Afghanistan and China. The mandate of ICIMOD was to work in mountainous areas of the countries. Pakistan Brick Kiln Association President Shoaib Niazi also observed that their organisation would surely follow the zigzag technology. Muhammad Ikraam, a kiln owner, who recently installed zigzag technology as a pilot project in Raiwind, said the technology was very much effective in terms of cost as well as a reduction in pollution.