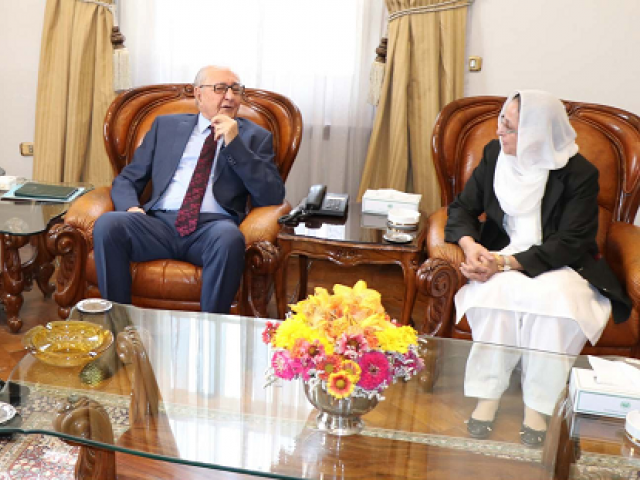 Official sources said the governor sent his resignation to the president of Pakistan who accepted it with immediate effect.

The establishment division issued an official notification regarding the acceptance of the governor’s resignation.

Sources said Balochistan Assembly Speaker Abdul Quddu Bizenjo has been asked to perform the responsibilities of the provincial governor till the appointment of a new one.

Bizenjo took the charge of acting governor of Balochistan on Thursday afternoon.

There were reports doing the rounds for last many days that Governor Achakzai had decided to resign from his office.
Former prime minister Nawaz Sharif had appointed Achakzai as the governor of Balochistan in May 2013 under the Murree accord reached between the PML-N, National Party and Pashtoonkhwa Milli Awami Party.

The Pakistan Tehreek-e-Insaf leadership, through their spokesperson, had announced that Dr Amir Muhammad Jogezai had been chosen for the governor’s post.

However, when the National Accountability Bureau Balochistan disclosed that corruption cases against Dr Jogezai were being investigated, the PTI leadership withdrew his name, saying that his name was just discussed for the post and had not decided to appoint him as the governor.

Prime Minister Imran Khan has not finalised any name for appointing a new governor of Balochistan. However, party sources said that many names were under consideration for the post of the governor.

Sources said the governor of Balochistan would be appointed within a week’s time.

Gwadar must get all facilities for competitive edge in region: minister