Achakz­ai says China has the abilit­y to introd­uce AI in the region­
By Mohammad Zafar
Published: August 6, 2018
Tweet Email 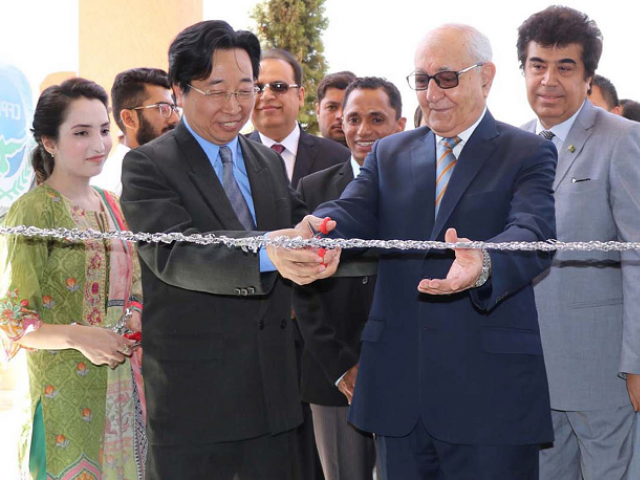 Addressing participants of the inaugural ceremony, Governor Achakzai said, “Pakistan shares durable and time-tested relations with China and is the first country that recognised China in the comity of nations.”

He said, “China has become the second biggest economy of the world and the Chinese government has taken steps which helped hundreds of thousands of poor to rise above the poverty line.”
He said China was continuously working towards achieving excellence in all walks of life.

“As many as one million people are being raised above the poverty line per annum in China which is deemed as a record in the world and the credit of this success goes to China and the Chinese Communist Party,” the governor said.

“China doesn’t lag behind any country in the field of information technology as it has introduced a system of artificial intelligence on competitive grounds,” he added.

He said that China could play a role in introducing an industry of robots in the region.

He said, “CPEC will connect Pakistan with all developing and developed nations and this connectivity is the central point of this very project. In this regard, Gwadar holds key importance in connecting the Central Asian and African countries and making them shareholders in the process of peace and development.”

He also lauded the fact that China had played a key role in connecting Afghanistan and Iran which would help making CPEC functional and connect the Central Asian Republics.