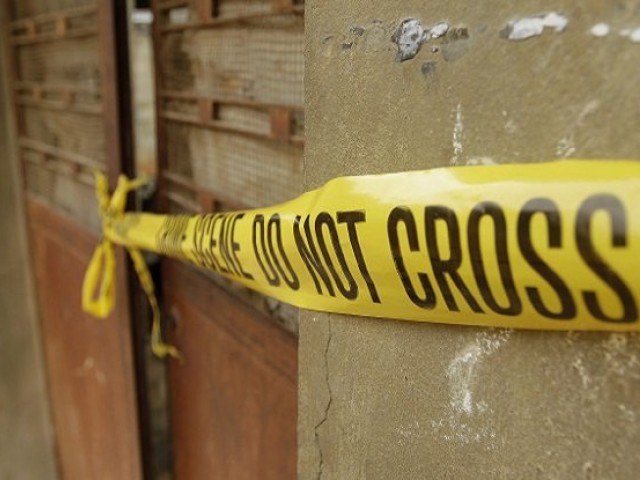 KARACHI: Hundreds of commuters remained stuck in traffic for several hours on main Super Highway near Karachi as the thoroughfare was blocked by demonstrators, protesting the killing of a youth in crossfire between the police and drug peddlers on Saturday.

The protesters, including friends, family and neighbours of the teenaged victim, 16-year-old Bilal, son of Azeem, a resident of Gadap Town, blocked one side of the highway by placing the dead body on the road and erecting barricades, demanding that the perpetrators be held accountable. Some of the protesters even set fire to tyres in the middle of the carriageway to stop the flow of traffic.

According to District Malir SSP Nazeer, an encounter took place between drug peddlers and police personnel at Kochi Camp, Yasrab Colony, within the limits of Gadap City police station, in which two suspects, Izzat Khan and Zeeshan, were arrested. Police claimed to have seized weapons and drugs. In the same incident, 16-year-old Bilal, son of Azeem, was killed while another person, 20-year-old Shakeel, son of Sanam Khan, was injured. Police officials claimed the deceased and injured were hit by the suspects’ gunfire.

The victim’s father, Azeem, who is a labourer by profession, demanded Prime Minister Imran Khan to take notice of the incident and check the police’s action in the city’s suburbs, which have resulted in the deaths of scores of youth in recent years. Speaking to the media at the protest site, Azeem said that Bilal was the only brother to three sisters and had just submitted his admission forms to intermediate colleges after passing his matriculation exams. “My son is innocent and had no association with drug peddlers,” he said, adding that they had even identified the police official who had fired the lethal shot.

Additional IG Karachi Dr Amir Shaikh, while taking notice of incident, formed an inquiry committee under the supervision of Zone East police chief DIG Amir Faroqui to investigate the matter. IG Shaikh also ordered to register a case if the police personnel were found to be involved in the youth’s death.

Meanwhile, police surgeon Dr Saleem, who conducted the autopsy, said that the deceased Bilal was struck by two bullets in his left arm, one of which pierced through the ribcage and damaged his heart. Dr Saleem added that the arsenal appeared to be of a large firearm which had been shot from a distance.

The protesters ended their demonstration after several hours, after successful negotiations with SSP Nazeer, who assured them of complete cooperation. No case was registered till the filing of this report.