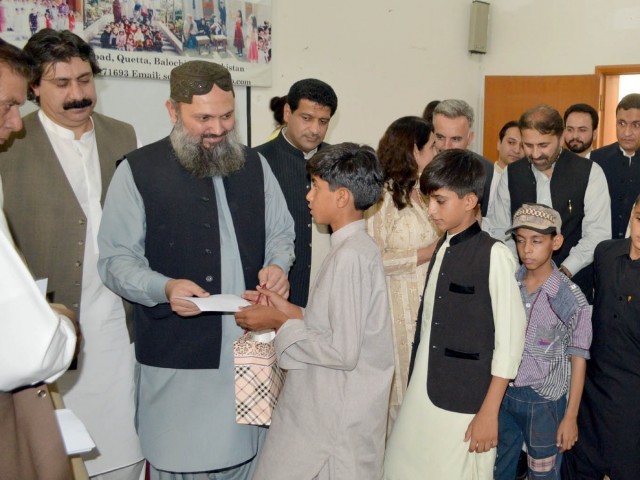 QUETTA: Clearing the air, Balochistan Chief Minister Jam Kamal Khan has said there is no disagreement among coalition parties over selection of the cabinet members.

“Balochistan will be steered towards the track of development in the first 20 days. Important decisions will be taken during that period,” said the chief minister while talking to the media at the CM Secretariat on the first day of Eidul Azha Wednesday.

Kamal said, “The cabinet shall be formed and in the first phase around 60% members of the cabinet will take oath.”

The CM told journalists that Balochistan suffered irreparable loss owing to terrorism and the issue of missing persons was quite complicated as it had “multiple dimensions”.

He said the province was undergoing economic crisis and he would present a strategy to the prime minister in this regard, adding that despite the Eid vacations, he would keep on working.

He said, “Increasing the Public Sector Development Programme funding to Rs88 billion and augmentation of non-developmental projects resulted in economic crisis which shall be reviewed.”

The CM claimed that steps would be taken to improve the finance and planning and development departments, saying it was due to the Eid holidays that it was decided to form the cabinet afterwards.

“As far as the issue of the missing persons is concerned, it’s a complicated one as people are missing on political, sectarian and religious basis and their figures differ,” he said. “Many important things will be resolved after consultation with political parties.”

He said terrorism had affected every section of society, including the police, the Levies and the teachers, who were martyred, adding that it must be noted that if political parties had suffered losses, so had the apolitical people in terror-related incidents.

He also told the media-persons that in the meeting with the prime minister names presented by the Balochistan Awami Party (whose president is the current chief minister) were considered for governorship.

“Though the governor has a little role in executive affairs; however, he is instrumental in maintaining a balance between the federation and the province,” Kamal added.

Lauding the services of the SOS Village, Chief Minister Kamal said, “It is fortunate that in Balochistan we have a centre taking care of orphans and providing them quality education.

“The organisation has been providing quality education to the orphans which will help them emerge as educated citizens of the country.”

Kamal urged philanthropists to support the cause.

Addressing the children, the CM urged them to cling onto education, saying “Pakistan’s future depends on our children.”

Kamal pledged to establish more branches of SOS Village in Turbat and other cities of Balochistan.

Brigadier (retd) Abdul Razzaq Baloch and former caretaker federal minister for railways Roshan Khursheed Bharucha informed the Balochistan CM about the performance of the SOS Village and the problems it faced.

Kamal pledged that the provincial government would provide full assistance to the village.

The CM also distributed gifts among the orphans and allowed them to take selfies with him.