How many of you knew that Salman Khan can do more than just acting? No, we're not talkin­g about his singin­g...
By Entertainment Desk
Published: August 21, 2018
Tweet Email 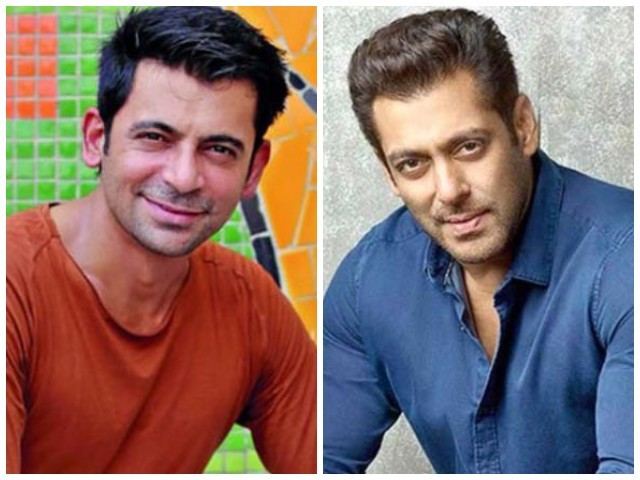 How many of you knew that Salman Khan can do more than just acting? No, we’re not talking about his singing. The Tiger Zinda Hai star recently let drop a picture of himself taking a photograph of his Bharat co-star and comedian Sunil Grover, reported Pinkvilla.

So we guess he’s now taken up the art of photography too. Bollywood’s ‘bhai’ is currently in Malta shooting for Bharat. Sharing the candid photo on Twitter, he wrote, “Acchi photo khichne ke liye bahut focus karna padta hai (We need to focus a lot to take a good photo). Actually true for everything in life .”

Posting the same picture on his Twitter handle, Grover wrote, “Ahem ahem.. soon posting the final pictures. As they come. Don’t keep looking at the photographer only! Btw location is Malta… Shooting for the film Bharat.”

The results are finally out and we must say, Khan has done a splendid job, surprising us all! Grover shared the outcome via Twitter stating, “Photo toh sab kheenchte hain lekin Tiger se behtar photo koi nahin kheenchta. (Anyone can take a photo but no one can do it better than Tiger [Khan]) Thank you Sir for making me look even more handsome.” What do you think of Khan’s photography skills?

Speaking of Bharat, the Ali Abbas Zafar directorial stars Katrina Kaif opposite Khan. The two have previously worked together for Tiger Zinda Hai. Bharat is set to release during Eidul Fitr 2019.