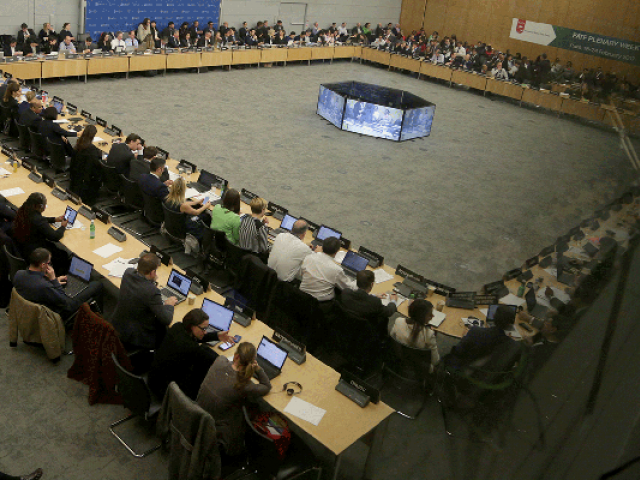 ISLAMABAD: The Asia Pacific Group on Money Laundering has raised concerns that terrorist organisations can criminally abuse Pakistan’s financial system to fund their activities through non-profit organisations, urging Islamabad to plug these lacunas at the earliest.

The technical team of foreign experts has observed that Pakistan’s Anti Money Laundering (AML) and Counter Terrorism Financing framework was not compliant with standards meant to ensure that non-profit organisations are not used to finance the terrorist activities, according to Pakistani officials.

The philanthropist activities by Jamaat-ud-Dawa (JuD)’s Falah-e-Insaniyat Foundation (FIF) remained a matter of concern, although Pakistan has already taken over the assets of this organisation.  The Financial Action Task Force (FATF) recommendation eight makes it mandatory for member countries that non-profit organisations were not vulnerable to terrorist financing.

Meanwhile, the APG team on Thursday ended its four-day pre on-site visit, which was aimed at getting better understanding of Pakistan’s legal and administrative framework. The team analysed these frameworks in light of 40 recommendations of the FATF. The team comprised officials from the United States, Turkey, China and the United Kingdom. Officials from the US Treasury and UK’s New Scotland Yard are part of the delegation.

The visit was part of Pakistan’s Mutual Evaluation aimed at getting an in-depth description and analysis of the country’s system for preventing criminal abuse of the financial system.

It is the second grand risk assessment of Pakistan by the APG in less than ten years, highlighting the country remains central in global drive against money laundering and terrorism financing. The mutual evaluation is expected to be completed by June 2019 and its findings can affect Pakistan’s placement on the grey list.

The APG delegation also found deficiencies in the beneficial ownership structure, which according to it was not fully transparent, said government officials. The technical team also found that the country was not complying with FATF standards on handling the suspicious transactions, the officials told The Express Tribune.

The foreign experts showed concerns over legal beneficial ownership structure of the companies. In their assessment, Pakistan’s legal structure was not fully transparent and it can be used to hide proceeds of crimes, according to the government officials. The technical team suggested Pakistan to get accurate information about the beneficial ownership and the trusts.

However, last year the parliament had dropped requirement for foreign companies to disclose their beneficial ownership in Pakistan and abroad while approving the Companies Act 2017. The provisions relating to global register of beneficial ownership were restricted only to Pakistani nationals.

The government officials said that the foreign experts also raised concerns over the mechanism for reporting and analysing the suspicious transactions. The APG team also stressed upon the need of preparing a National Risk Assessment report to enlist the country’s achievements and weaknesses.