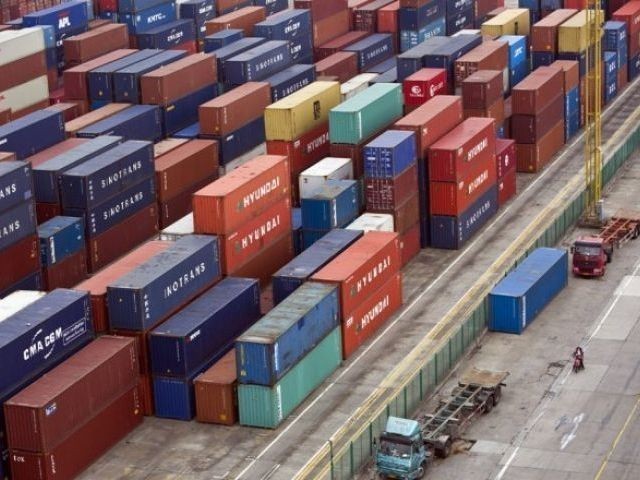 The exporters, who export raw material in the form of cotton and yarn, have been criticised for their inability to export finished and value-added goods. PHOTO:REUTERS

Although China calls Pakistan and itself iron brothers, when it comes to trade, Pakistan stands at a weaker position in comparison to India, which is Beijing’s adversary in regional politics but has a better free trade agreement (FTA).

The Federation of Pakistan Chambers of Commerce and Industry (FPCCI) held a nationwide online roundtable conference on Pak-China FTA in an effort to prepare itself for a meeting with Asad Umar, the man tipped to be next finance minister.

The conference was attended by representatives of the business community, academia and government departments.

It was briefed that Pakistani exporters had been struggling to make their presence felt in China because their competitors were enjoying zero-rated tax, which left Pakistani goods uncompetitive.

The exporters of Pakistan mainly lose competitive edge in the case of Association of Southeast Asian Nations (Asean) which has a very strong FTA with China and its products are taxed at a lower rate than Pakistan’s.

Therefore, a huge chunk of Pakistan’s textile exporters has been forced to export raw material to Asean member countries like Vietnam, which exports finished goods to China. Exports through this channel are less costly and competitive in Chinese markets.

The exporters, who export raw material in the form of cotton and yarn, have been criticised for their inability to export finished and value-added goods.

FPCCI Director Research Dr Bilal Ahmed said Pakistan ranked 16th on the list of China’s export partners while it stood at 61st position in its import partners. According to Ahmed, even countries like Kenya are ahead of Pakistan in the exporters’ list.

FPCCI’s Standing Committee on Banking Chairman Mirza Ikhtiar Baig, who led the roundtable talk, told The Express Tribune that the business community had great reservations about Pakistan’s FTA with China.

“It seems that the FTA was struck in haste and we believe that there’s immense need to revisit it,” said Baig. “We will prepare recommendations after the roundtable talk, which we will discuss with Asad Umar.”

The FPCCI expects to meet Umar after August 15.

He highlighted that Pakistan’s imports from China stood at a whopping $18 billion while exports were a meagre $2 billion, which tilted the balance highly in favour of China by a massive $16 billion.

The moot was told that even India had a better FTA with China under an agreement called Bangkok Agreement, which had now evolved into the Asia-Pacific Trade Agreement. Bangladesh, China, India, Laos, Mongolia, South Korea and Sri Lanka are part of this agreement.

There was a consensus during the conference that if Pakistan was unable to strike a revised FTA with China similar to that of Asean, then the country should avoid doing free trade with Beijing altogether. It would save domestic industries.