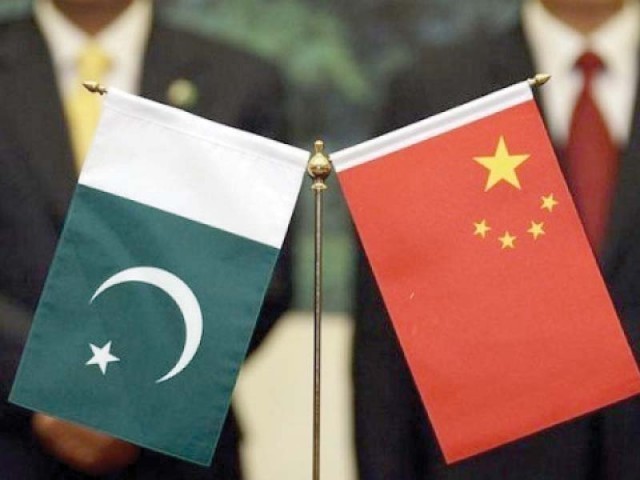 Under first phase of the FTA, Pakistan gave duty concessions on 35% of tariff lines, which led to a huge influx of Chinese goods and many local industries could not survive. PHOTO: FILE

ISLAMABAD: Pakistan has put off the signing of a revised free trade agreement with China at the last moment due to strong reservations about the final offer list shared by Beijing, said Minister of State for Finance Rana Muhammad Afzal on Thursday.

“The agreement was almost ready for signing when we conveyed our reservations to the prime minister about the final list of concessions that Beijing shared at 11pm,” said the deputy finance minister.

He was briefing the National Assembly Standing Committee on Finance on the status of negotiations on second phase of the free trade agreement (FTA) with China.

The committee expressed concern over what it said was the secret nature of FTA-II talks. Over the past few weeks, the Chinese ambassador has held meetings with the commerce secretary and Prime Minister Shahid Khaqan Abbasi in order to push the deal.

It was almost a mature agreement and was about to be signed by both countries, Afzal said, revealing the decision to delay the endorsement was taken after the business community of Faisalabad – Pakistan’s textile hub – voiced serious reservations about the Chinese final offer list.

Pakistan-China: ‘FTA to be signed by mid-March’

Both countries have so far held 10 rounds of negotiations for finalisation of the FTA-II. However, the industry and Federal Board of Revenue put up fierce resistance after the commerce ministry revealed in an internal meeting that Pakistan would offer zero duties on 75% of imported tariff lines.

Under first phase of the FTA, Pakistan gave duty concessions on 35% of tariff lines, which led to a huge influx of Chinese goods and many local industries could not survive.

Under the second phase, China was seeking certain concessions which the Pakistan industry was not ready to give, said Afzal.

“Bureaucracy thinks that it knows all, but this approach has put the country’s economic future at stake,” said Qaiser Ahmad Sheikh, Chairman of the National Assembly Standing Committee on Finance.

He regretted that the commerce ministry did not take all the stakeholders into confidence before offering huge concessions to Beijing. Trade with China was already one-sided and if further concessions were given, no industry would survive in Pakistan, he warned.

Trade volume between China and Pakistan, which stood at $4 billion a year before the FTA signing in 2008, peaked to $15.6 billion in 2016-17. Pakistan’s exports to China were only $1.5 billion in the last fiscal year while imports amounted to $14 billion, according to Chinese statistics.

It was a wrong perception that the commerce ministry did not take the stakeholders into confidence as it had held meetings with 85 associations, claimed Javed Akbar, Additional Commerce Secretary.

He revealed that 40% of imports from China were not entitled for duty concessions and most of the imports comprised either capital goods or raw material. However, committee members did not accept the ministry’s explanation.

Akbar revealed that the 11th round of talks with China would now be held only after taking into confidence all the stakeholders on China’s final offer.

The commerce ministry did not hold meaningful consultations with parliament before holding talks with China, said Asad Umar of the Pakistan Tehreek-e-Insaf.

He underlined the need for a review of the trade figures to determine how much of imports from China was the outcome of change in destination from Europe and the west to China.

Umar said free trade agreements should not be constructed on theory rather they must be based on ground realities. “The ground reality is that Pakistan’s industry is not competitive.”

“FTA-II is being finalised in haste as it serves vested interests of a few people,” remarked Qaiser Sheikh.

A joint meeting of the National Assembly standing committees on finance and commerce will now be held to finalise parliament’s response to the FTA-II.

There is apprehension that Beijing’s push for further trade liberalisation under second phase of the FTA may dampen prospects of Chinese investment in prioritised special economic zones being set up under the China-Pakistan Economic Corridor (CPEC).

It would be convenient and cheaper for Chinese companies to manufacture in China and supply products to Pakistan at zero duties, which would render the SEZs useless.