The BNP-M chief will also hold talks with other leader­s to discus­s govt format­ion
By APP
Published: August 2, 2018
Tweet Email 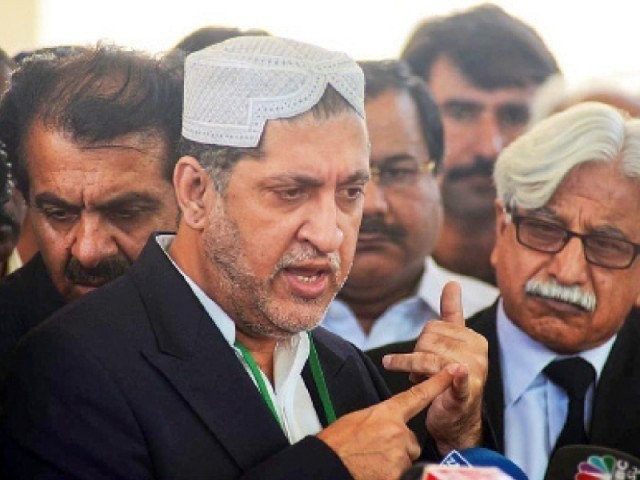 Addressing a press conference in Quetta on Tuesday, Mengal likened the July 25 polls to the general elections of 1970 and demanded a commission to investigate the polls. PHOTO:FILE

According to reports, Akhtar Mengal was invited to meet with Imran Khan regarding the formation of federal and provincial government by Jahangir Tareen.

Earlier, the BNP-M chief questioned transparency of the July 25 vote and said that the public’s mandate and election results differ in the province.

Addressing a press conference in Quetta on Tuesday, Mengal likened the July 25 polls to the general elections of 1970 and demanded a commission to investigate the polls.

“The election results were delayed for 72 hours – it has never happened before despite previous election commissions lacking resources. Such delaying tactics create doubts over the transparency of the electoral process,” he said. “Our mandate was stolen from at least 12 constituencies. The ECP has failed in its duty to guide the voters.”

The former Balochistan chief minister claimed that the results were a deliberate effort to prevent BNP from forming a government in the province.

He said that the party was open to either forming a government or sitting in opposition. Mengal said that BNP had been invited for dialogue by both PPP leader Khursheed Shah and PTI’s Jahangir Tareen. He revealed that the BNP had formed two committees – one to focus on the situation in the National Assembly and another for provincial legislature.

Mengal asserted that during the talks, BNP will stand by its stance, including that on the China-Pakistan Economic Corridor (CPEC) and the ownership of resources such as oil and gas. “Our demand also includes building a cancer hospital in the province.” APP