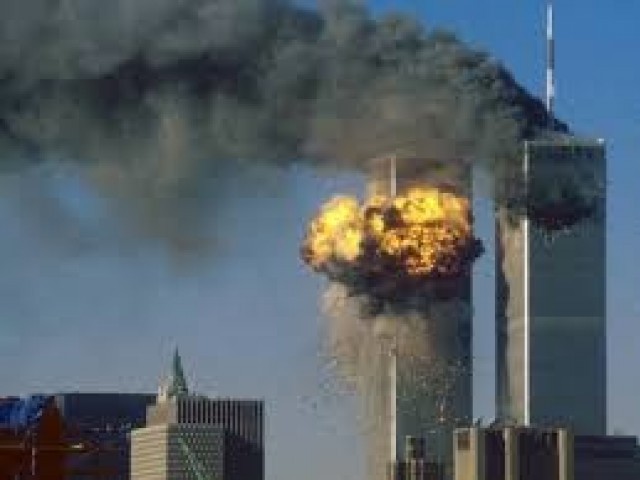 An English court has cleared the way to consider whether it will allow the families of some of those killed in the Sept. 11, 2001 attacks on the United States to make a claim on Iranian assets in Britain.

The relatives want the English High Court to enforce a 2012
decision by a US court which found there was evidence to show
that Iran provided “material support and resources to al Qaeda
for acts of terrorism”.

The militant group carried out the attacks. The New York court awarded the plaintiffs damages of over $7 billion. Iran denies any links to al Qaeda or any involvement in the 9/11 attacks.

US freezes assets of Pakistanis linked to Lashkar-e-Taiba

If the English court agrees to enforce the ruling, it could
clear the way for assets in England and Wales to be frozen or
seized.

Iranian assets in England include a central London building and funds held by two subsidiaries of state-owned banks. This could add to Tehran’s troubles as it tries to stave off a financial crisis. The June 8 ruling by a judge after a hearing in the English High Court removed an obstacle that was holding up the process.

The law requires the UK’s Foreign Office (FCO) to formally serve the legal papers to Iran’s Ministry of Foreign Affairs (MFA) before the enforcement proceedings can begin.

A British official said it was routinely difficult to deliver papers to
the MFA, according to FCO correspondence seen by Reuters.

An FCO official declined to comment. The judge ruled it was sufficient to try to notify them through other communication such as email or post. That decision has unblocked the process.

The plaintiffs will now ask a judge at the High Court in the next few months to consider whether the New York ruling can be entered as a
judgment in English law, said their lawyer Natasha Harrison, a partner at the London office of Boies Schiller Flexner. The
judgement could then be enforced, she said. This would mean
assets could be frozen or seized. An Iranian official said: “Iran will take all the necessary measures to stop it.”

An Iranian foreign ministry official said the June ruling was ‘fabricated’ and “politically motivated”. “Such allegations against Iran are aimed at diverting attentions from regional countries that were involved in the 9/11 attacks,” that official said. “We are a victim of terrorism and have always fought against terrorism.”

The plaintiffs began trying to enforce the New York judgment in England in 2015. They have already got court support in Luxembourg where $1.6 billion of Iranian assets are frozen. Iran has also contested those claims.

Lee Wolosky, another partner with law firm Boies Schiller Flexner , said that the plaintiffs intend to pursue Iranian assets “wherever in the world they may be found in order to enforce these judgments”.

“And we expect foreign courts to permit enforcement of valid, final US judgments if they wish reciprocal treatment in US courts,” he said. The plaintiffs’ legal team declined to comment on what. Iranian assets in Britain they would target.