Masses exerci­sed their right to vote despit­e that the provin­ce was jolted by two explos­ions on the same day
By Sara Imran/ Yousuf Sajjad
Published: July 26, 2018
Tweet Email 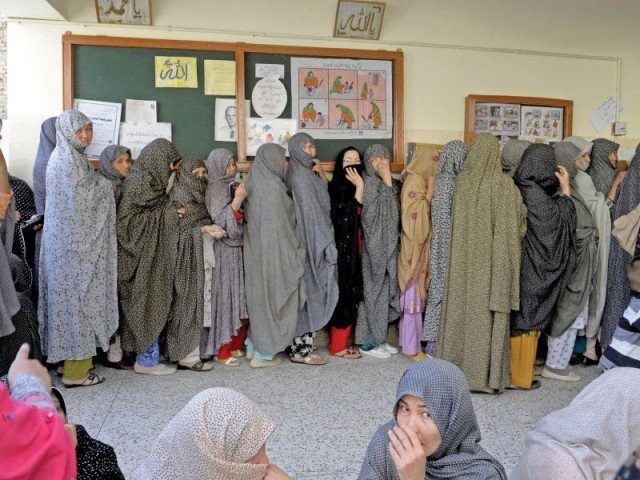 The voters exercised their right to vote despite that the province was jolted by two explosions on the same day. PHOTO: AFP/FILE

KARACHI: Voters remained undeterred in Balochistan’s Panjgur district and showed up in large numbers in the NA-270, PB-43 and PB-44 constituencies on Wednesday.

They cast their votes despite the fact that the province was jolted by two explosions earlier in the day. One person was injured in a rocket attack at a camp of the Balochistan National Party (BNP).

The attack did not rattle voters or dampen their political spirits as people thronged the polling stations.

Earlier, in Quetta, 31 people, including five police officials, were martyred while another 60 people were injured in a suicide attack in the Bhosa Mandi of the provincial capital.

The attack targeted the convoy of Deputy Inspector General (DIG) Abdul Razzaq Cheema, who remained unhurt in the attack, near a polling station on the Eastern Bypass.

Despite the looming tragedy in Balochistan, the province has shown that it will not be intimidated by violence and will use the power of the ballot box to determine its destiny.